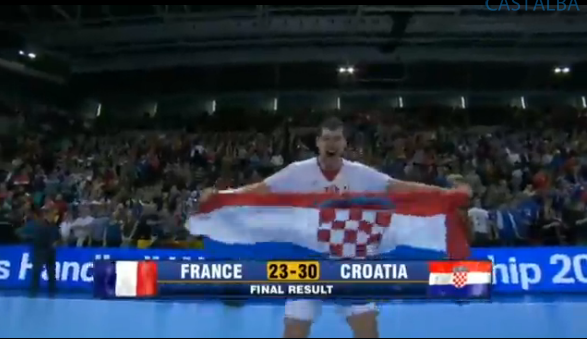 The French monkey is finally off their back. Croatia defeated the mighty French 30-23 Wednesday night in the quarterfinal round of the 2013 World Handball Championships. Domagoj Duvnjak (match MVP) led all scorers with nine goals as Croatia only trailed for the first three minutes of the match and never looked back after that. They received a scare from France approaching halftime, as their 3-4 goal lead throughout the first half was cut to one at the break with the French gaining momentum. But Croatia fought hard and went goal for goal with the French, finally pulling away in the last 10 minutes of the match with victory locked up.

FIRST HALF: In an extremely defensive battle from Zaragoza Wednesday night, Croatia got the better of France in the opening 15 minutes with goalie Mirko Alilović only allowing four goals from 11 French shots in the first 15 minutes. The first quarter of the match ended 7-4 in Croatia’s favor. Igor Vori seemed to have twisted his knee in the sixth minute of play and remained sidelined for 10 minutes while Drago Vuković was red carded 41 seconds into the match. Vori returned in the 17th min and seemed to be fine after a 2-minute Croatian penalty kill. Croatia played quick after dead balls and caught France sleeping while trying to set up their defense. Three first half French goals came directly from the penalty spot as the half would end 13-12, with the Cowboys on top. They will be disappointed with this score line, however, as they let France take the momentum at the end of the half and were up by 3-4 goals the majority of the first period. 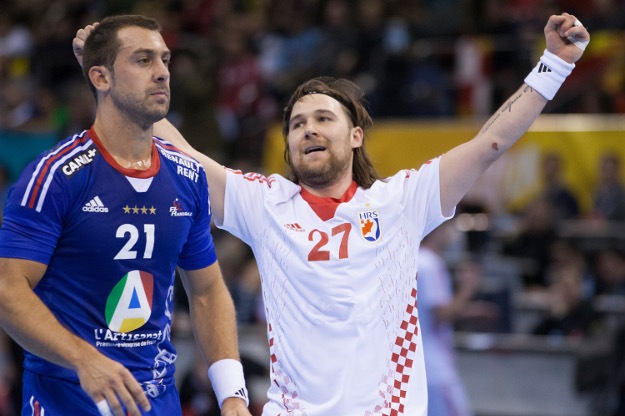 SECOND HALF: Croatia started hot with a Kopljar goal and a Duvnjak break away score, followed by a power play. The power play wouldn’t last long as Duvnjak would cancel it out with a penalty of his own. Alilović then blocked a penalty with 20 minutes left to keep Croatia up by three. With 15 minutes to go in the match, France pulled within one with all the momentum on their side, scoring twice while on a penalty kill. Croatia took an all important time out to figure things out with Horvat converting a penalty to make it 22-19 with 12 minutes to go, but France added one of their own moments later. Horvat scored two more late to make it 26-22, with his shot percentage at 100% on the night. Croatia played clock management correctly in the waning minutes with the French down four with only four minutes to go. Game over. 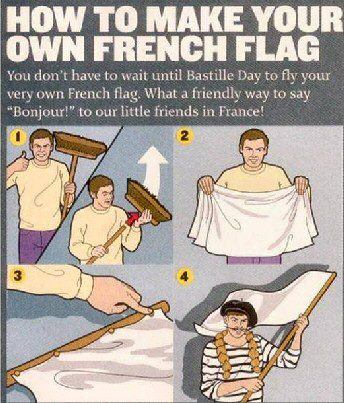 Croatia wouldn’t let go of the lead, and with all the wind sucked out of the French sails, victory was inevitable for the Cowboys with three minutes remaining on the clock. Croatia and Denmark will face off in the semifinal round Friday from Barcelona.