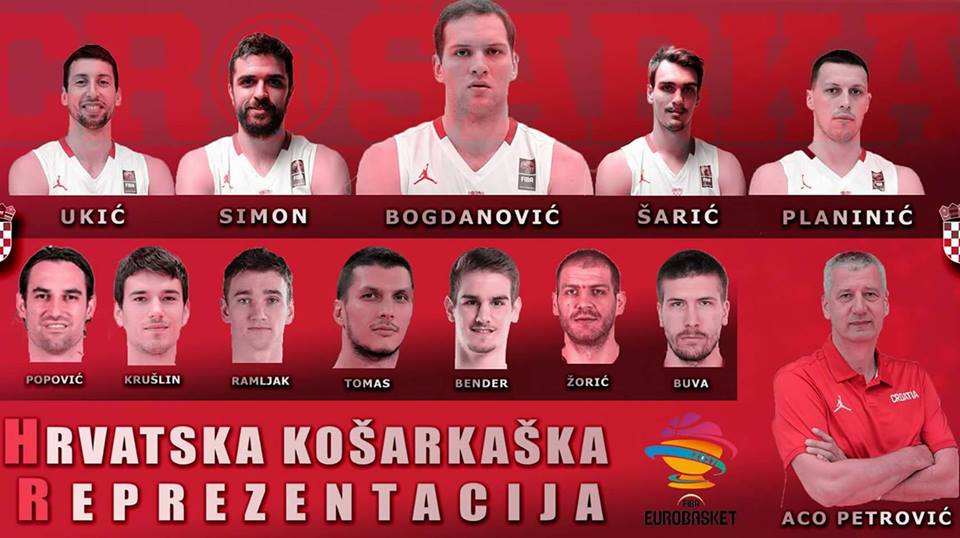 Last time we saw the Croatian national basketball team, they were leaving the court in Rio with heads hung low after being beaten by Serbia 86-83 in the quarterfinal round of the Olympics. Serbia would eventually grab the silver medal, losing to Team USA 96-66 in the gold medal match.

And with a confident, retooled Dario Šarić leading the way, coming off a near Rookie of the Year season with the Sixers, Croatia can do damage at this tournament.

Why? Because a team called the United States won’t be playing.

Croatia will open up group stage on Friday, September 1st against Hungary in Cluj, Romania. All of Croatia’s group games will be in Romania before the tournament moves to Turkey for the knockout rounds. Croatia will then play Romania, Montenegro, Spain and Czech Republic to finish out group play. Spain will be the toughest test as Croatia guns for top spot, but remember Dario Šarić’s block on Pau Gasol at the buzzer in Rio to give Croatia the win:

Croatia will have three NBA players on this roster: 23 year-old Sixers forward Dario Šarić, 28 year-old Pacers shooting guard Bojan Bogdanović and 19 year-old Suns forward Dragan Bender. Lakers’ Ivica Zubac and Magic’s Mario Hezonja did not make the cut on a team which will be captained by Roko Ukić, who formerly played for the Milwaukee Bucks but now plays for Croatia’s Cedevita.

Croatia’s best result at EuroBasket was the semifinals, last in 2013, but this team can make a run with the talent they have put together under coach Aco Petrović, the brother of late, great Dražen Petrović.