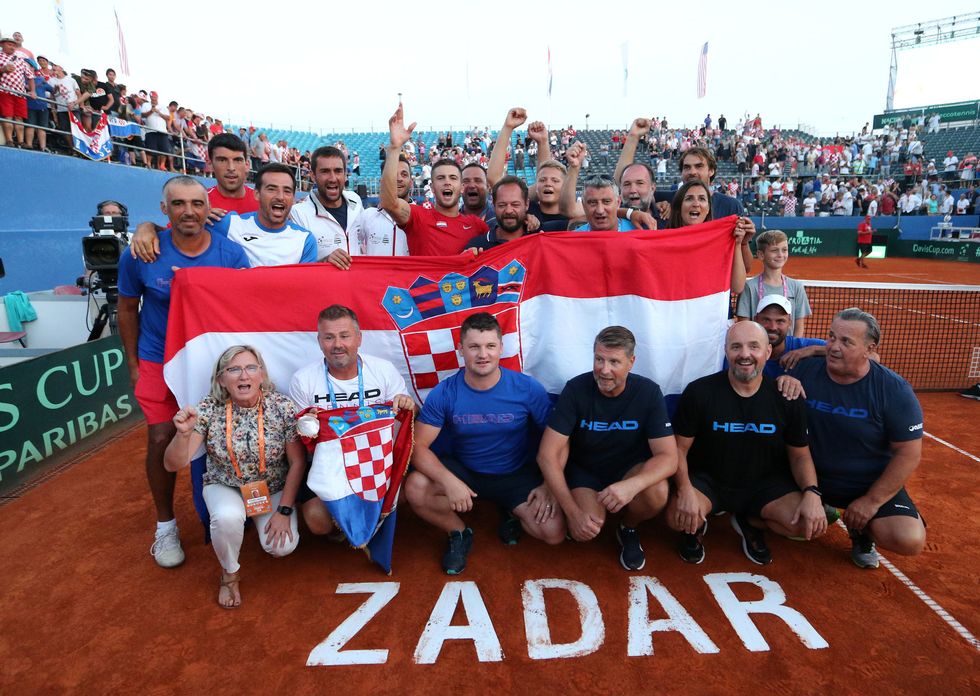 It was supposed to be a cakewalk into the Finals. Marin Čilić just needed to beat American Sam Querrey in the fourth rubber match in Zadar, Sunday after, and everything was going as planned. Čilić beat Querrey 7-6 in the first set and was up 6-1 in the second set tiebreak before everything fell apart. Querrey would miraculously come back to win the second set as well as the following two sets to defeat Čilić and force a fifth and deciding match between Borna Ćorić and Frances Tiafoe.

Ćorić was the favorite to defeat Tiafoe and send Croatia to their second Davis Cup Final in three years, but it wasn’t without full effort. The unknown Tiafoe would take the first set in a tiebreaker before Ćorić equalized the match; winning the second set 6-1. And when Ćorić lost the third set in another tiebreaker, the Croatian fans in Zadar were on pins and needles knowing that Team USA were one set away from the come-from-behind upset.

But Ćorić dug deep and rallied in the final two sets 6-1, 6-3 to push Croatia into the Davis Cup Finals. They will play the #1 ranked French team November 23-25. The host nation has not yet been chosen.

First the World Cup Final. Now Croatia will play the French for world tennis dominance. (That was tongue and cheek).

Doubles expert and 3-time Grand Slam doubles champion Mate Pavić teamed up with Ivan Dodig Saturday in Zadar to take on America’s Ryan Harrison and Mike Bryan. A win would have put Croatia in the Davis Cup Finals to face France in November, however, team Croatia will have to wait another day.

Pavić and Dodig lost the first two sets 7-5, 7-6 before climbing back into the match; winning the next two sets 6-1, 7-6. The Americans would need to win the fifth and final set to keep their Davis Cup dream alive, and that’s exactly what they did, taking the match decider 7-6 in a tiebreaker. The tie will now go back to singles action on Sunday where Marin Čilić will take on Sam Querrey and Borna Ćorić could face Frances Tiafoe.

Borna Čorić and Marin Čilić made quick work of Team U.S.A Friday afternoon in Zadar as the two nations opened up Day 1 of their Davis Cup semifinal. Ćorić took care of Ryan Harrison in straight sets: 6-4, 7-6, 6-3 while World #6 Marin Čilić defeated Frances Tiafoe 6-1, 6-3, 7-6. Croatia are now one win away from returning to the Davis Cup Finals for the second time in three years.

Croatia are favored to go through at this point with doubles expert Mate Pavić expected to join forces with Ivan Dodig in doubles action on Saturday. A win would put Croatia through to the Finals without having to play matches on Sunday. The Americans are set to name Mike Bryan and Ryan Harrison as their doubles duo.