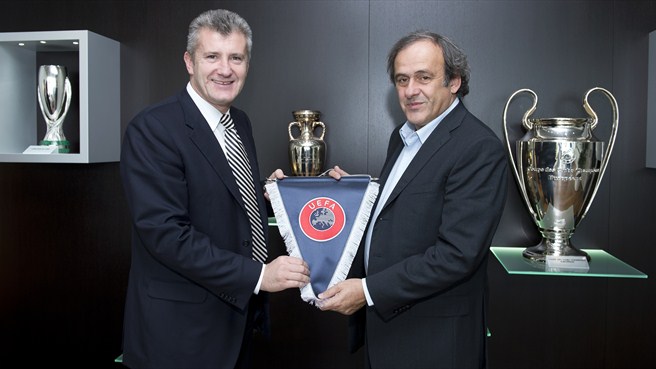 This week, Croatian fans were delighted to hear that the Euro 2016 qualifying match between Croatia and Italy had been moved to Split. Some fans proclaimed that Mamic and the federation finally realized that Maksimir was a piece of junk, while others said that it was just a move to quell supporters in Split who were tired of how the federation was being run. What we should have known all along…. the move was all about MONEY.

News came out Wednesday that the Croatia vs Italy match would be played in front of nobody. Convenient news from UEFA came out today that stated:

“The UEFA Control, Ethics and Disciplinary Body (CEDB) met today and announced the following decision in relation to various incidents that occurred during the European Qualifiers Group H match between Croatia and Norway, which was played in Zagreb on 28 March.

The association has also been fined €5,000 for the setting off of fireworks.”

No people in the stadium, means no money coming in and tons of operational costs to hold the match.

Are we surprised that Mamic and company got the jump on moving the game before the news got out? I wonder how they knew this was going to happen before the official word was given.