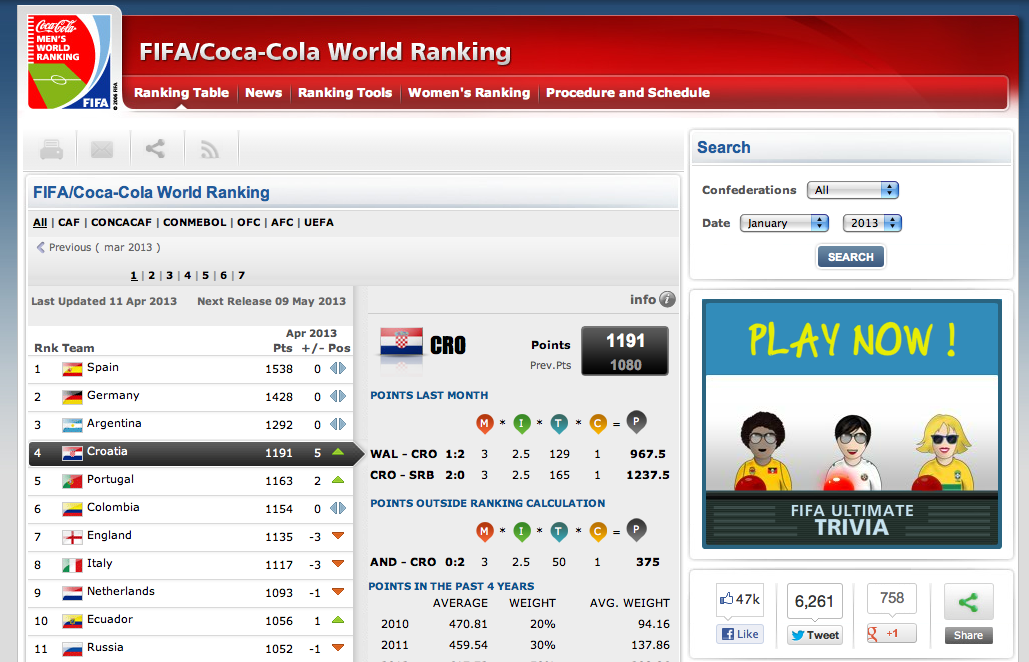 In their most significant jump in the FIFA world rankings since taking third place at the 1998 World Cup, Croatia have moved five spots in April’s edition, up to #4 in the world. Wins over Serbia and Wales in March propelled the Vatreni past Portugal, Columbia, England, Italy and the Netherlands.

We can argue all day about the inaccuracies of the FIFA world ranking system, but that’s besides the point right now.

What does it mean for Croatia at the moment? If they can qualify for the 2014 World Cup and remain in the top-7 by the time the draw comes around in December, Croatia will be seeded for the World Cup in Brazil. That would mean avoiding being grouped with the likes of Spain, Germany and Argentina, to name a few. Croatia have four matches remaining in qualifying: vs. Scotland, vs. Belgium, @Serbia, @Scotland.