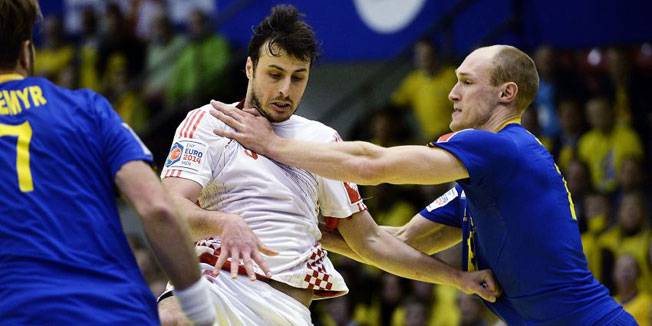 As expected, the Croatian cowboys easily defeated Russia 33-25 Tuesday night in Denmark at the 2014 Euro Handball championships. The win means Croatia control their own destiny for a semifinal berth as Poland shocked Sweden 35-25 later in the night to set up a showdown between the Poles and Croatians on the last day of group stage. The two teams face each other Wednesday night at 2:15PM (ET) with the winner going through to the semifinals to face an undefeated home side in Denmark. A draw favors Croatia as they have a better goal differential than Poland going into this match with the same number of points.

Croatian center back Domagoj Duvnjak said after the night was all said and done: “Poljska? Nadam se da će sve biti kako bi trebalo…” (“Poland? I trust everything will turn out like it needs to be”) Meaning a Croatian victory. After being unable to hang with the French, the entire tournament rests on the next 60 minutes against Poland.

Croatia cruised by Russia in a quasi-warm up game on Tuesday with seven goals coming from Zlatko Horvat. Croatia will need another big performance by Horvat and company again Wednesday.