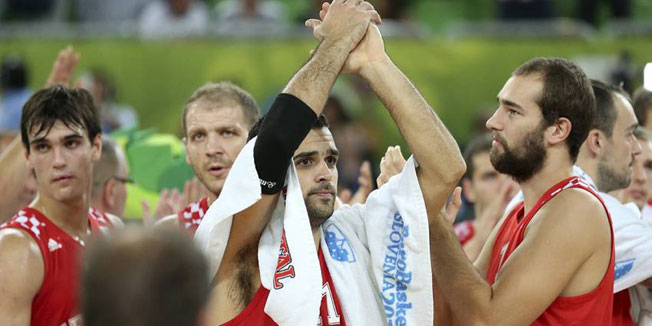 The magic finally ran out for the Croatian national basketball team Friday night in Ljubljana.

After winning eight straight games at the 2013 European championships in Slovenia, Croatia were beat 77-62 by a tough Lithuania team in the semifinal match.  After only being down three at the half, Croatia fell apart in the third quarter, letting Lithuania go on a 21-8 run to complete the period. That was all she wrote for the Cinderella Croats as they could not muster up a fourth quarter comeback.

Bojan Bogdanović led all Croatians in scoring with 15 points while Ante Tomić had six rebounds and three steals to add to his seven points in 23 minutes on the floor. All is not lost as Croatia have already booked their ticket to the 2014 World Basketball championships in Spain and will play for European bronze on Sunday against Spain, who lost to France in overtime in the other semifinal.