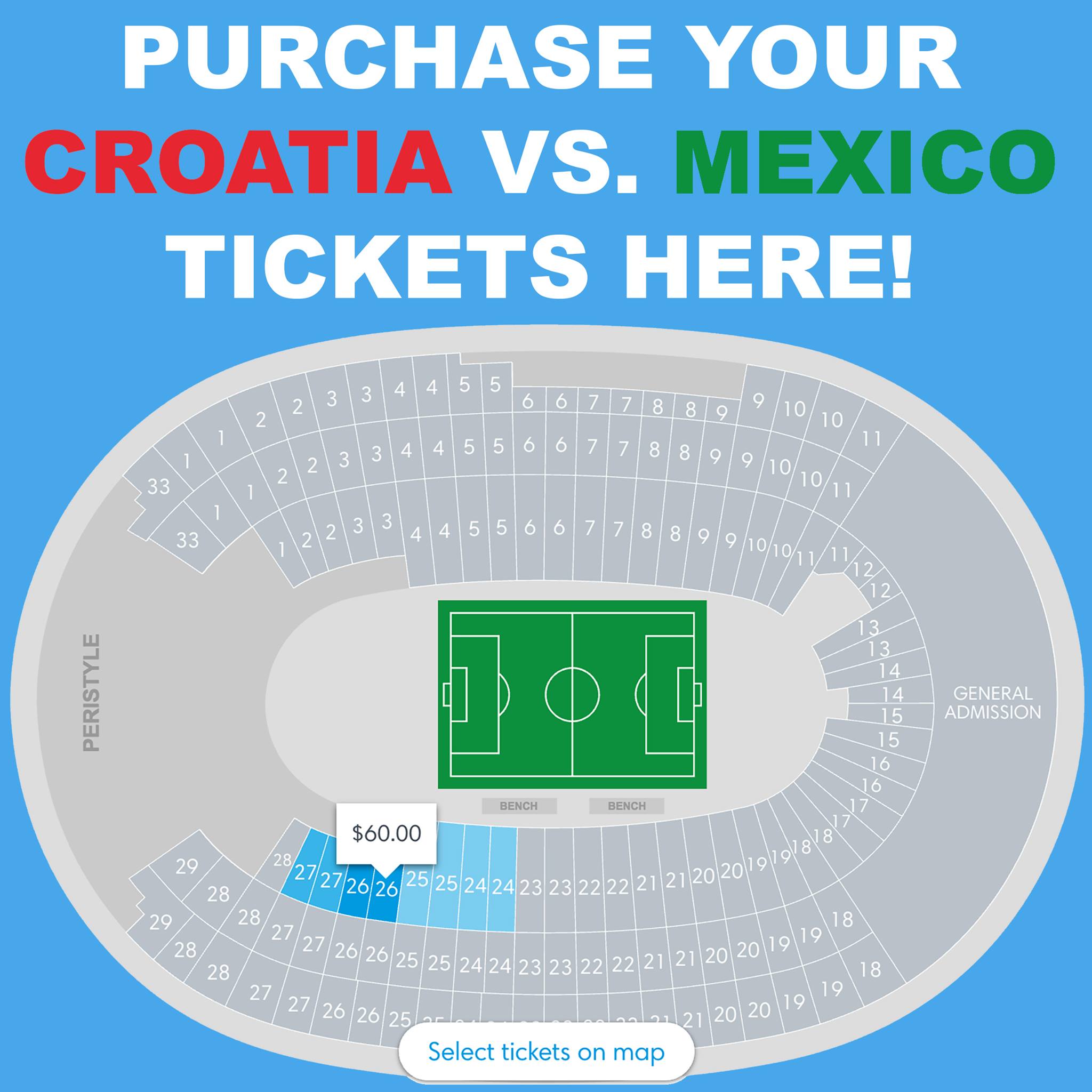 CLICK HERE TO BUY TICKETS IN THE CROATIAN SECTION

The Croatian community in Los Angeles worked feverishly this week to get a block of tickets for the Croatia v. Mexico game at the Los Angeles Coliseum on May 27th so that all Croatian fans can sit together. This friendly match leads up to Croatia’s World Cup qualifier against Iceland in Reykjavik on June 11th.

What’s special about this game is that it will be held the same weekend as the Croatian Independence Day block party on May 28th at Hrvatski Dom in San Pedro, Ca (20 miles south of Downtown.) The annual block party has been put on for decades which consists of closing down the street in front of the Dom for live music, dancing, singing, eating and drinking. Special thanks to Peter Hazdovac of Adriatic Travel in San Pedro, CA for organizing the Croatian Supporters section.