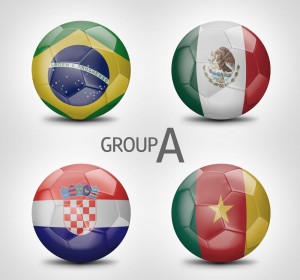 The Croatian Crippler sent out a request to the various personalities in the Croatian MMA community asking for predictions in regards to Croatia’s group stage fixtures. Not everyone wanted to play the predictor role but the ones that did provided some interesting predictions.

”  I’m not that into football but you gotta support your own right.. I think we have a decent shot against all three, maybe Brazil being our toughest game since they’are the hosts. Mexico and Cameroon should be easier games if we play smart.  Croatia and Brazil should pass to the next round.”

“Loss vs Brazil and Win vs Cameroon and Mexico”

“I think Croatia will draw with Brazil and win against Cameroon an Mexico.”

I will add more predictions once I receive them prior to Croatia’s first game versus the Brazilians.  Ajmo Hrvatska!!!!