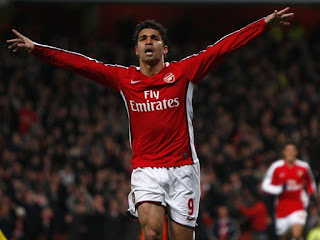 Eduardo made his 2009 Arsenal debut in magnificent fashion. After rehabilitating his leg for the past year, Arsene Wenger gave ‘Dudu’ the chance to prove his fitness and ability against Cardiff City in the 4th Round of the FA Cup. Earlier in the week, Eduardo helped the ‘Vatreni’ pull out a 2-1 win in Bucharest with a game-winning assist to fellow Premiership player, Niko Kranjčar. Today, it was ALL Eduardo. 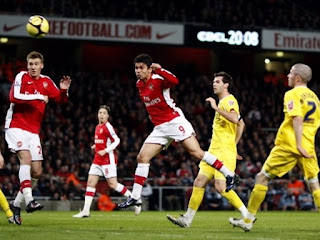 Half-way through the first, Eduardo put a ball down the wing to a running Carlos Vela, who in return flicked the ball right back to Eduardo’s head for his first goal of 2009.

If you can make Arsene Wenger smile; you know you did well. 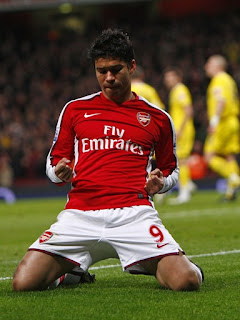 CELEBRATING AFTER A YEAR’S LONG ANGUISH

Eduardo went back to work early in the second half as he was pushed in the back while shielding the ball in the penalty box. With Arsenal already up 2-0, it was a no-brainer that teammates would let ‘Dudu’ take the kick from the penalty spot- which he converted for his second goal of the day.

Notice Eduardo hugs his physiotherapist after he converts the penalty.

All together, Eduardo had a remarkable day netting a double in his return. He almost made it a hat trick seconds before being subbed out in the 67th as he missed his spot going one-on-one with the Cardiff keeper from an angle. Eduardo returns with a bang and Arsenal win 4-0. The Gunners will face Sunderland this Saturday in the Premiership. Will Eduardo start? 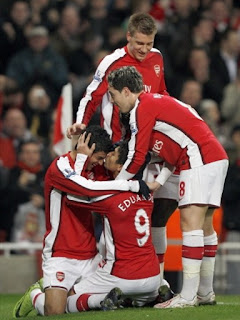 EDUARDO BEING MOBBED BY TEAMMATES 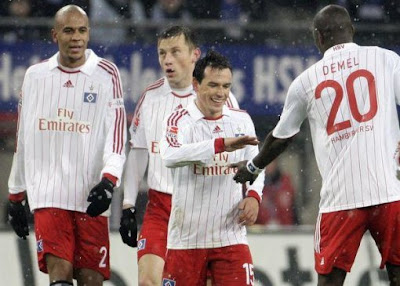 The Hamburg Croatian attack of Ivica Olić and Mladen Petrić was cut in half this weekend as Mladen has been suspended for last weekend’s “fluke” yellow card. The absence of Mladen made way for the return of Ivica Olić. Ivica sat out last weekend serving the last of a three game suspension. The 29 year old striker had a few chances in the first half; but an overall quiet night. He did manage to assist on a long diagonal pass to Guerrero for the second goal. Hamburg came through with a 2-0 victory over Arminia which is good for second in the Bundesliga behind Josip Šimunić and Hertha Berlin. 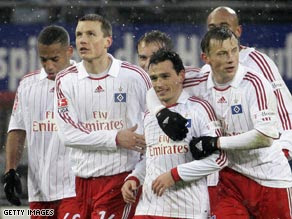 Dino Drpić started for the third straight game for Karlsruhe in a 0-0 draw away to Koln. Dino played well in 90 minutes of work in front of 48,000 fans. 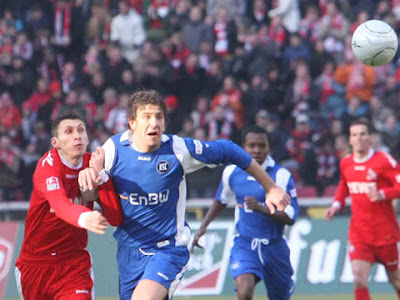 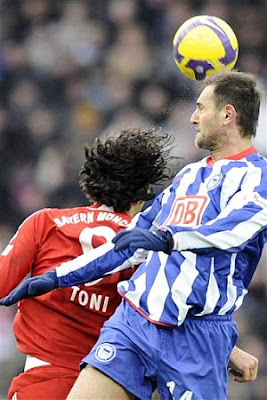 Josip Šimunić once again was solid for Berlin, leading Hertha to the top of the Bundesliga table with a 2-1 victory over Bayern Munich.Marko Babić was also in action, started and played the entire 90 minutes in front of 74,444 at the Olympiastadion in Berlin. 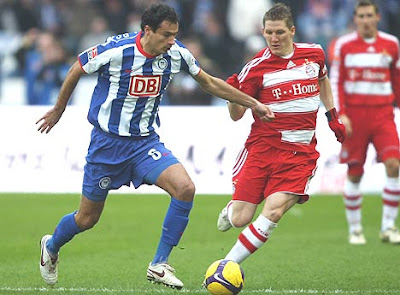 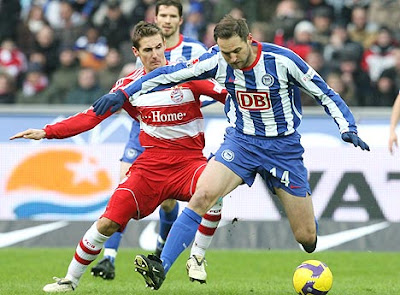 Schalke playmaker, Ivan Rakitić once again failed to impress in 71 minutes for Schalke in a 2-1 away defeat to VfL Bochum. 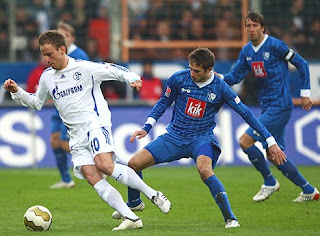 Luka Modrić, Vedran Ćorluka and the rest of Tottenham had the week off as the Premiership was brushed aside to catch up with the FA Cup. However, the lone Premiership game that took place had Niko Kranjčar and his Portsmouth club take on Manchester City.

Niko played the full 90 in Portsmouth’s 2-0 win and seems to be at full strength after being banged up earlier in the year. He has not hit the scoresheet for Pompey in awhile. Niko’s due, right? 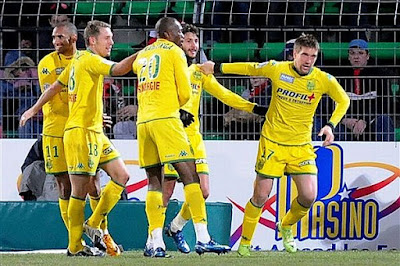 Ivan Klasnić scored a beauty off a one-two cut back breakaway for Nantes away to Valenciennes. It was Ivan’s third goal of the season in 87 minutes of work.

Dario Simić played the full 90 in Monaco’s 1-0 home defeat to powerhouse Marseille, while Nikola Pokrivač managed to get another yellow card in the 56th minute before being subbed out by fellow Croat Jerko Leko in the 74th minute. All three players failed to impress in yet another home defeat for Monaco. For those of you that chose Pokrivač or Leko instead of Jurić in our last poll: What were you thinking? 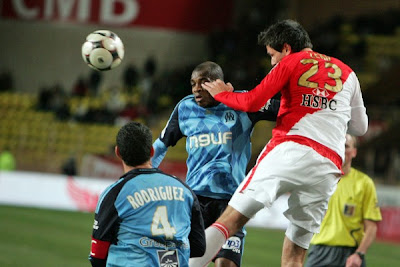 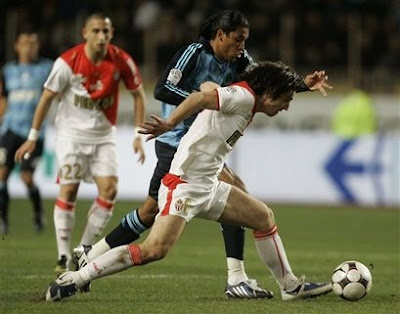 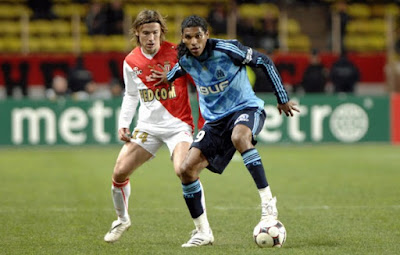 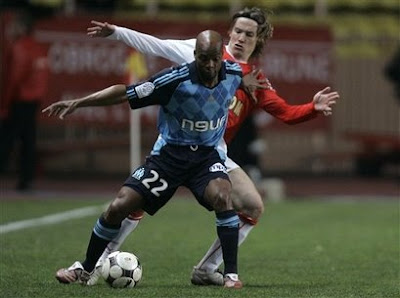 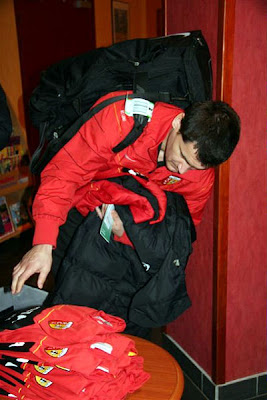 Vedran Runje returned for Lens at the weekend helping his first place team knock off Clermont 2-1 on a last second strike by Maoulida in the 94th minute. Vedran played the entire 90 minutes and helped extend Lens to a five point lead over 2nd place Metz. Next Monday’s encounter away to Metz should be a doozy.

Ivan Jurić and his Genoa side had a three goal lead on Fiorentina with only 30 minutes left to play. Final result: 3-3. So what happened? Adrian Mutu is what happened. The Romanian international, who did not play against Croatia last week tore up the Genoa defense in mere minutes scoring at will. Jurić played the entire game and received his usual yellow card. He’s slowly earning a Šimunić-like reputation receiving a caution almost every game.

Who said Ukraine is a better side than Romania? Mutu leads his team and makes everyone around him better. Would you like to change your mind now?

Danijel Pranjić played 80 minutes in a 1-1 draw at NEC Nijmegen. Heerenveen missed out on jumping over PSV Eindhoven into fourth place in the Eredivisie table after losing two crucial points in the draw. Danijel had a header go over the bar in the first half and a shot go wide late in the second half.

Darijo Srna and his Shakhtar Donetsk side have not played a real game in weeks, but this Thursday Srna and his Ukranian crew will take on his compatriots at Tottenham Hotspur. The Uefa Cup clash in Donetsk will showcase three Croatian starting internationals on the field at the same time: Darijo Srna, Luka Modrić and Vedran Ćorluka. (I’m fairly sure Ćorluka can play even though he played Uefa Cup matches with Manchester City earlier in the campaign. Anyone know for sure?)

~Ante Kvartuč, reporting from the Poljud- still no tickets!