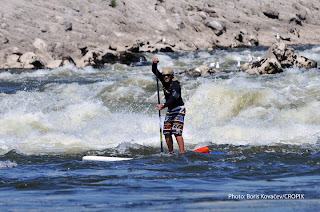 Branimir Kvartuč, a 2-time cancer survivor, will paddle across the Adriatic Sea on June 26th in an effort to raise $50,000 for a PET/CT scanner for the Dubrovnik hospital: the same machine that saved his life. Kvartuč will depart Venice, Italy on his 130 kilometer trek that will ultimately finish on Croatian soil in Pula. When Kvartuč completes his mission, it will be a new Guinness Book world record for longest distance travelled on a stand-up paddle board. Kvartuč will do a 100 kilometer test run on his stand-up paddle board on Wednesday, June the 9th on the Sava river, paddling from the Croatian-Slovenian border all the way through the heart of Zagreb before finishing in Sisak. 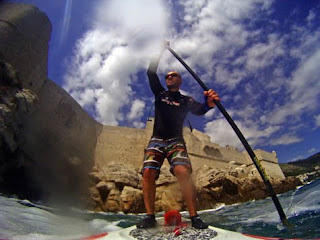 Branimir is the older brother of CroatianSoccerReport.com founder Ante Kvartuč. It was Branimir’s brilliant idea two and a half years ago for Ante to start up CSR; and he didn’t stop pushing the idea until CSR was up and running. Ante and Denis Svirčić immediately joined a partership and added Ivica Peroš along the way. The rest is history.

We are challenging all Prva Generacija members and CSR readers alike to MAKE A DONATION of at least $10 for this life saving PET/CT machine.

This is your chance to directly give back to less fortunate Croatians that don’t have the same resources that some of us do in America, Canada and Australia. CSR’s motto of ‘Uniting Croatian Fans Around the World’ can truly be taken to another level during this humanitarian effort. Yes, soccer can unite fans around the globe, but it can also unite an entire culture.

Remember, there would be no Croatian Soccer Report today if Branimir didn’t plant the seed in December of 2007.

On July 1st, 2010, Branimir will open up Croatia’s first Stand-Up Paddle excursion in Dubrovnik, appropriately named Stand Up Croatia. If you find yourself in Dubrovnik this summer, please stop by the yellow Stand Up Croatia tent in Uvala Lapad by Hotel Adriatic for a free ride. Mention that you are a CSR reader and you will receive a ‘free paddle on the house’. *Based on availability.

Ante Kvartuč will be on Branimir’s follow boat as he crosses the Adriatic exclusively documenting the journey for CSR on June 26th.