CroatianSoccerReport.com began the month off by receiving credentials from the HNS (Croatian Soccer Federation) to cover the Croatia-Ukraine match in Zagreb first hand. So how could we possibly keep the momentum going from this historic CSR event?

Popular Croatian newspaper, 24 Sata, ran CSR’s story on PSV’s new Croatian uniforms on June 19th and gave us a nice pat on the back for all the good work we’ve been doing stateside.

Read the CSR post that 24 Sata directly translated into Croatian above.

TO UNITE CROATIAN FANS AROUND THE WORLD 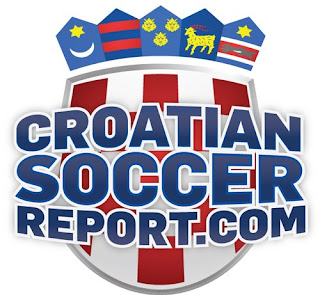 And of course we could not achieve any of this without our devoted readers and ‘Prva Generacija’ members who endlessly leave comments and debate on CSR about their most passionate thoughts on Croatian soccer.

So as our army grows, so does our say in Croatian soccer. Let’s not stop here!

I would like you all to sign CSR’s Twitition that would ultimately help bring Dinamo and Hajduk to North America for a series of friendlies.

Sure it seems impossible now, but if we can guarantee ‘sold out’ stadiums in New York, Toronto, Chicago, San Jose and Los Angeles; who’s to say that the two Croatian juggernauts wouldn’t make the trip.

Small steps as this is only the beginning!