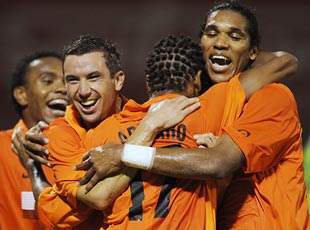 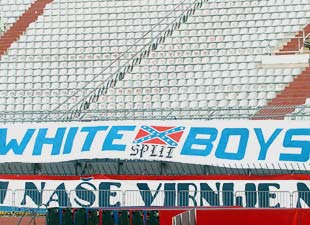 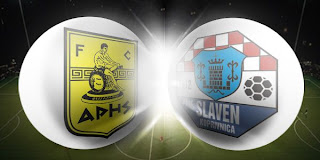 It would have taken a miracle to see Dinamo Zagreb go through to the UEFA Champion’s League group stage after a 2-0 loss to Shakhtar Donetsk 2 weeks ago. But that miracle was no where in sight for fans of Dinamo. It actually got even worse before it got better.

Dinamo held off Shakhtar attacks for the majority of the 1st half but could not contain the Ukrainian side as Luiz Adriano put the ball in the back of the net just before halftime. Dinamo had a glimmer of hope in the 58th minute when Boško Balaban finally put the ‘Modri’ on the board only to have Brandão help Donetsk take the lead again a minute later. The goal sucked all the air out of Maksimir Stadium as fans now knew there would be no more Champion’s League for Dinamo and would now have to turn their attention to the UEFA Cup 1st round; just like last year. B.D.S. Willian added some more salt to the wound of Dinamo supporters with a final strike in the 70′. Darijo Srna and his Shakhtar mates now move onto the group stage where the best 32 European clubs will compete for this year’s crown.

So now that we know Dinamo will be playing in the UEFA Cup; we now ask whether they will meet arch rivals Hajduk or Slaven Belupo down the road.

Hajduk takes on Deportivo tomorrow at the Poljud in what is expected to be a great game. The 1st leg ended in a 0-0 draw and a simple win by Hajduk would put them through. Croatian newspaper, Slobodna Dalmacija, has reported that every Hajduk player will receive 5,000 Euros should they defeat Deportivo. That’s how big this game is going to be as we have all speculated that Hajduk has taken their foot off the gas in the Prva Liga to rest up for their match with the Spanish club.

UEFA has also banned the ‘White Boys’ supporters group from attending the Hajduk-Deportivo match due to the American Confederate flags they always hang up at the Poljud. My only response to that…Good luck keeping those guys out.

And not to forget, Slaven Belupo is also in Uefa Cup action as they take on Aris Thessaloniki in Koprivnica. Aris beat Slaven 1-0 in Greece 2 weeks ago so there is still a good possibility that Slaven could get through with a well-played game.