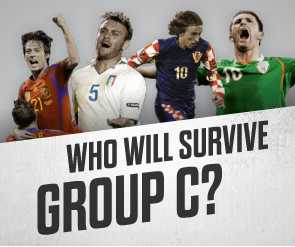 EURO 2012 has finally arrived; and for Croatians, it’s been a bumpy road getting this far under charismatic coach Slaven Bilić. The roller coaster ride started on a high note in 2007 when the Vatreni not only prevented England from qualifying for Euro ’08, but also went perfect in group stage, defeating Germany on the way to the quarterfinals. With Croatia on an ultimate high and mere seconds from a semifinal berth after a 119′ Ivan Klasnić goal, the rug would be pulled from under their feet as a miracle goal by Turkey would force penalties, where they eventually won.

That dark day for Croatian soccer would carry over into World Cup 2010 qualifying, where Croatia was embarrassed by a revamped England side, not once, but twice and could not defeat a stubborn Ukraine side, drawing twice. As Croatians watched a checker-less World Cup in South Africa, many wanted the head of Bilić. However, the 1998 Croatian defender stayed on as coach for a third term but didn’t help his cause in Euro 2012 qualifying as Croatia lost to Georgia and only grabbed one point from Greece in two games. The poor performances would see them finish second in the group to set up a symbolic playoff with the same team that knocked the Vatreni out of Euro 2008, Turkey.

If this doesn’t pump you up for EURO…nothing will!

With most Croatian supporters cynical about Bilić’s Boys at this point, the boys quickly turned into men to shock us all with a 3-0 aggregate win, getting the 2008 Turkish monkey off their backs. Fast forward to June 2012 where we will all see where the state of Croatian soccer is. Croatia will open up a against a mediocre Irish side before battling an injury-stricken Italy. If they play their cards right, the group C closer vs. Spain should be a walkover. Is there anything to be scared of here?

PRVA GENERACIJA: It’s time to speak your mind. In three week’s time, we shall come back to this post and see who was most wise in their predictions. How far will Croatia go? If they don’t make it out of group, would it be a disappointment or is this where Croatia belongs in world soccer. Speak up now or forever hold your peace. AllenOUTRAGED has: