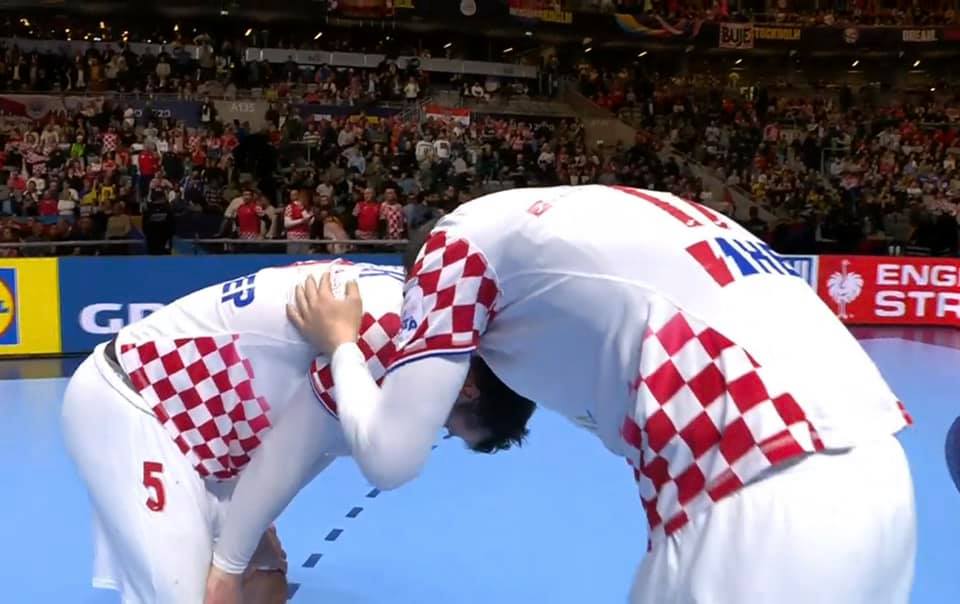 The Croatian Cowboys had too many chances to lift their first European crown. They were up three goals in the first half but never pulled away. Croatia were then down four goals early in the 2nd half but managed to tie the game up late. They were down one with a minute left but Karačić was called for traveling, which guaranteed the title for Spain.

1. How is there no shot clock?

2. These guys are clearly taking too many steps or landing as they shoot EVERY SINGLE TIME!

An unstoppable force will meet an immovable object Sunday night in Stockholm.

Croatia will play Spain in the Gold Medal match of the Euro 2020 Handball championships at 10:30AM (ET). The two sides played to a 22-22 draw in the final match of the group round and are both still undefeated in the tournament.

Croatia beat Norway – arguably one of the best teams at the tournament – in double overtime Friday and will be riding high on emotion going into their rematch with Spain. The cardiac Croatian Cowboys came from behind against Spain and Norway in the second halves of both games and have shown phenomenal fortitude.

Handball tournaments are few and far between and this is a fantastic opportunity to get into the sport. I highly recommend you wake up and catch this game Sunday morning wherever you may be in North America…or the world.