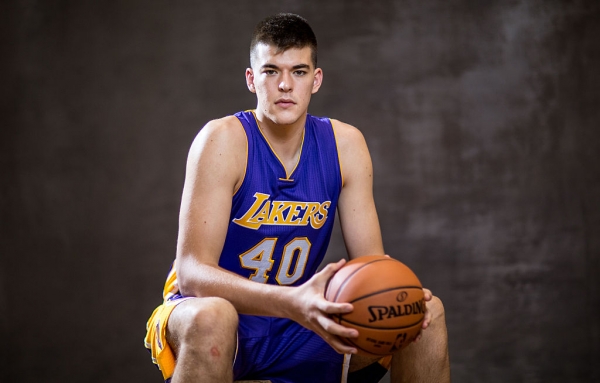 There’s finally a Croatian playing basketball in Los Angeles. And his name is Ivica Zubac.

Zubac was drafted in the 2nd Round of the 2016 NBA Draft by the Lakers and could become a pivotal player for Los Angeles if he learns his trade. Standing at just over seven feet, the 19 year-old from Mostar is living the dream, now suiting up for a franchise that he admired growing up.

Zubac has not dressed in the majority of Laker games this season and will be headed down to the D-league later this week but is in good spirits about the move. Zubac also has big plans for the Croatian national basketball team in the future. “We have a bright future and we will try bring Croatian basketball back to old glory.” -Zubac