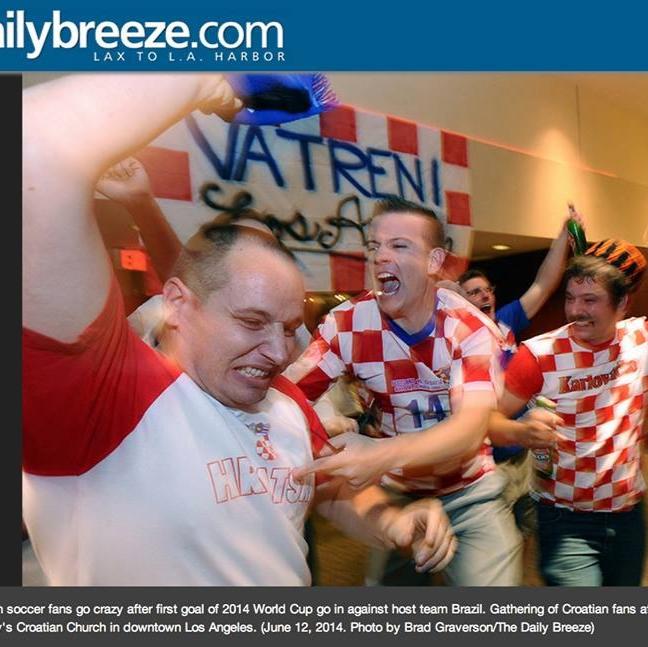 Over 250 Croatians from the greater Los Angeles area gathered at St. Anthony’s Catholic church in Los Angeles for the World Cup opener featuring Croatia and hosts Brazil. Although the Vatreni couldn’t hang on to an early 1-0 lead, the atmosphere at St. Anthony’s was electric throughout the day. We would like to thank St. Anthony’s and CroatianRadioProgram for hosting such an event.

We’ll be back on Wednesday!