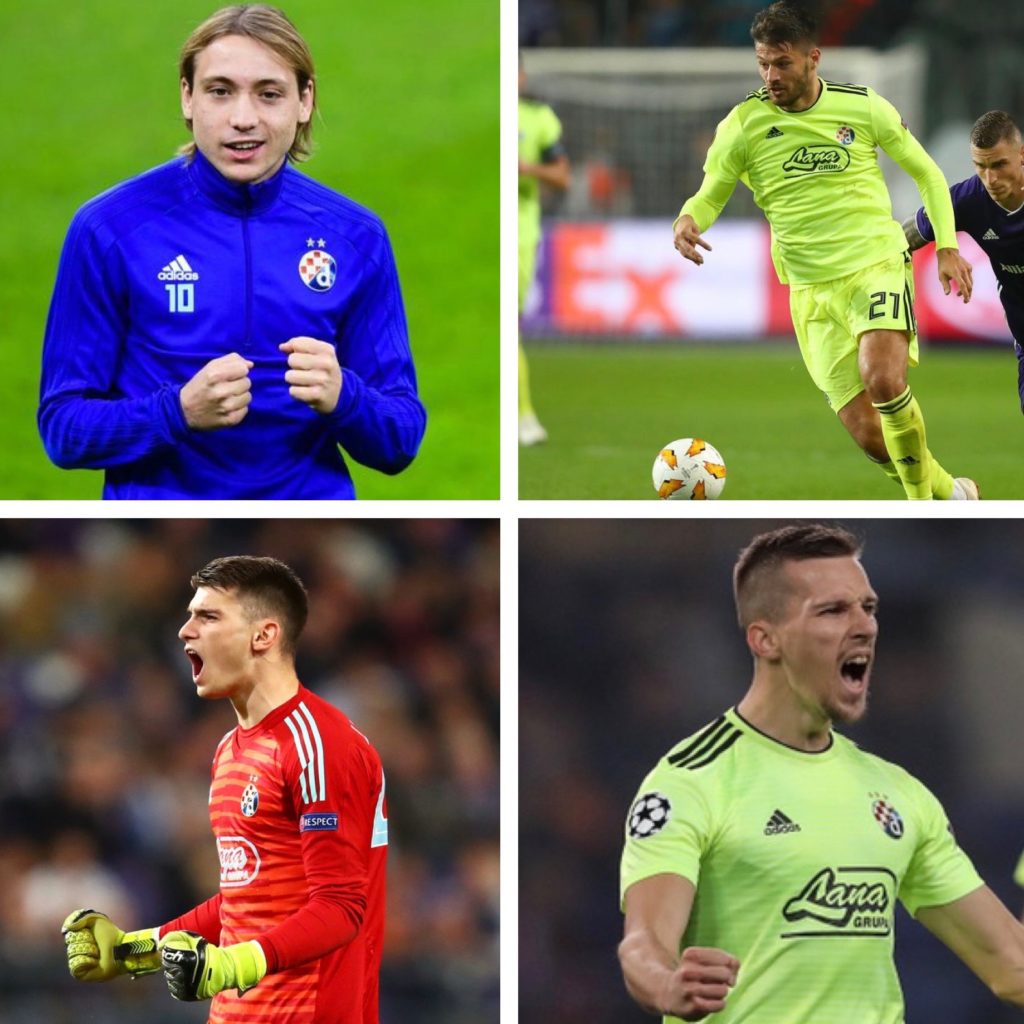 Dinamo Zagreb have once again proven to be a dangerous squad in European competition, going undefeated in the Europa League group stage, after selling star player Dani Olmo to RB Leipzig one year ago. Winning the Prva Liga will once again be a foregone conclusion for Dinamo Zagreb but where should key players find balance when they have outgrown the pace of the Prva Liga? If the Dinamo core want regular playing time for the Croatian squad, playing too long in the HNL will only diminish their skills. After the retirement of Mario Mandžukić, Ivan Rakitić, and Danijel Subašić, manager Zlatko Dalić has called upon key members of the Dinamo Zagreb squad – and these footballers have proven to be ready for top level competition, but they will only grow even more once they leave Dinamo. And that needs to happen this summer.

LOVRO MAJER- The first player who needs to get the hell out of Maksimir is Lovro Majer. The new LM10 – who turns 23 in a couple weeks – has 13 goal contributions in 22 games this season. Majer’s talent is evident, and Serie A would be a great fit for the youngster. Majer would shine at Atalanta alongside Mario Pašalić, considering Alejandro “Papu” Gomez’s expected departure this month. Atalanta play three central midfielders on the pitch, two of which are attacking – identical to Mamić’s midfield lineup of Majer and Ivanušec in front of Ademi.

BRUNO PETKOVIĆ- After a wonderful Euro 2020 qualifying tournament, Bruno Petković won the hearts of many Croatian football supporters. While the Dinamo striker has six goals to his name in checkers, he has become stagnant at Dinamo and may need a spark to ignite the second half of his career. The 6’4″ Petković is good with his head and displays wonderful skill while on the ball. Petković must leave Dinamo if he wants to maintain his spot with the Vatreni. While Kramarić and Budimir continue to grow, Big Bruno will begin to plateau in the Prva Liga. Petković would fit in very well at a mid-table Bundesliga club, as he has the strength and height to take on the immense defencses in Germany. Werder Bremen and Union Berlin are in need of a consistent target-man and would be great, low-pressure clubs to play at.

DOMINIK LIVAKOVIĆ- Dominik Livaković is currently Croatia’s #1 keeper; but that could change in the blink of an eye. Similar to Petković, Livaković will not improve if he continues to face Prva Liga attackers. Livaković would be perfect for Inter Milan, filling the shoes of 36 year-old Samir Handanović and joining the likes of Marcelo Brozović and Ivan Perišić. After allowing only one goal in the Europa League group stage, all eyes in Europe are on the young goalkeeper. While Ivan Nevisitić, Adrian Šemper, and Ivo Pandur continue to make headlines and improve, Livaković must make a move to a top league (and deliver) to maintain his spot as Croatia’s #1.

MISLAV ORŠIĆ- Mad-lad Mislav! Mislav Oršić is arguably the fastest and most agile Croatian player at the moment and has the potential to be key for the Vatreni in coming years. The Prva Liga is a schoolyard for Oršić, as he blows by wing-backs in the blink of an eye. He has the keen ability to finesse the ball into the top corner as well. Oršić would fit into the French Ligue 1 wonderfully due to his magnificent pace and ability to blow past clunky defenses. Lille, Marsielle, and Nice are clubs in need of one more pacy winger, and Oršić would be the man for the job.

@ Dinamo fans: I know it’s a great time to be a Dinamo supporter, and it must be hard to imagine these talents leaving for a top-5 league, but it’s for the greater good. Dinamo are stacked with 17-19 year-old talents, and I have no doubt in my mind that the club will continue to dominate in the Prva Liga and make bank from their transfers for years to come.