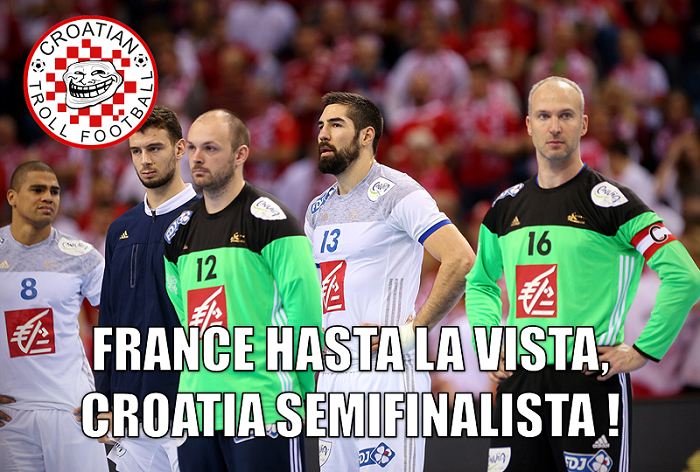 In case you missed it yesterday (and you probably did because CroatianSports has reported ZERO handball this year) Croatia defeated Poland 37-23 in their final Group 1 match to make the semifinals.

Well, what you need to know about the Croatia-Poland match is that the tournament is being hosted in Poland, Poland had only lost one game before their meeting with the Croatians and had already defeated the mighty French. Croatia trailed France by 10 goals in the +/- column prior to the match. Since France already defeated Croatia, the Cowboys would not only have to win, but also defeat Poland by 11 goals.

After a first half which saw Croatia take a 10-5 lead into halftime, they absolutely opened up the flood gates in the last 30 minutes of the match. Croatia went on an 8-0 run to open up the first 10 minutes of the second half and never looked back. Behind 11 goals on a perfect 11 shots from Manuel Štrlek, Croatia will now face Spain on Friday at 3pm (ET) in the semifinals with a shot at the 2016 Euro Handball championship on the line.