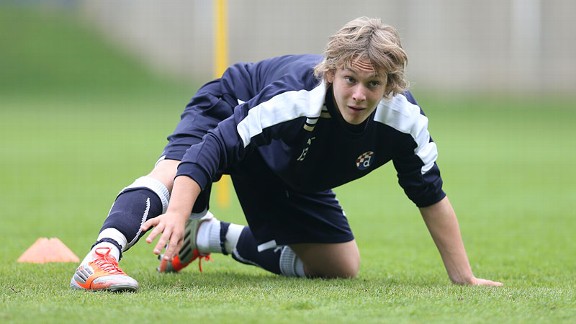 The flood gates are starting to open for Dinamo Zagreb’s 16 year-old wiz kid Alen Halilović. Already dubbed the ‘new Modrić’ and the ‘Balkan Messi’, Halilović is now receiving serious transfer attention from European giants Manchester City, Manchester United and Real Madrid, with The Daily Mail and  The Mirror reporting a possible £6 to 7 million bid from City for the half Croatian, half Bosnian Halilović.

If that’s not enough for the young Halilović to ponder, he must also make a decision for which national team he would like to play for in the next few years, if not now, with both Croatia and Bosnia trying to lock up the services of the left-footed maestro. But when will Team Halilović, with father Sejad at the helm, make the transfer out of Dinamo Zagreb happen and commit to one international team? Halilović has already been capped by Dinamo in Champions League this season and is now the youngest player ever to score in the Croatian Prva Liga.

It’s still too early to determine the value of this 16 year-old stud, but with Manchester City and Real Madrid knocking on the door with deep pockets, how long can Dinamo general manager Zdravko Mamić hold on to his golden boy before a check is written?