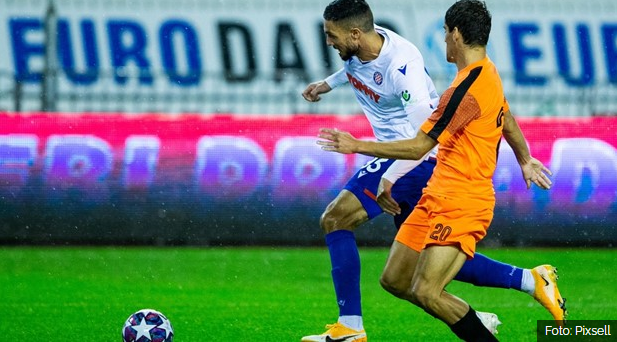 The HNL has been in full swing nd wrapped up its sixth week on Sunday, which featured Hajduk Split dealing out a 2-0 victory over Varaždin at Poljud.

The match was played through monsoon conditions, but that did not hinder Adam Gyurcso from opening the game with a fourth-minute goal. Mijo Caktaš added some insurance in the 50th minute with a goal from the penalty spot.

Varaždin did themselves no favors by going down to 10 men in the 15th minute when Jorgo Pellumbi was sent off.

Hajduk sit in third place and have recorded three wins, a draw and a loss in their first five matches this season. They have played one fewer match than most due to their European schedule, which will no longer be a factor after losing a tough Europa League match against Galatasaray last Thursday.

HNK Gorica suffered their first defeat of the season on Saturday at the hands of Osijek in the dying minutes.

Gorica has been on a tear this year, winning their first three matches and drawing the fourth. The club went in confident against Nenad Bjelica’s side at Gradski Vrt, but went down at the half thanks to a penalty conversion from Ramon Mierez.

Things were made tougher after Albi Doka was shown his second yellow card in the 72nd minute, but Kristijan Lovrić managed to tie the match in the 84th minute, hoping to secure their unbeaten streak.

But Alen Grgić had other plans and stole all three points with a 90th minute goal.

Gorica remain in second place, behind Dinamo Zagreb while Osijek are three points behind in fourth place. Osijek, too, has freed up their European schedule after suffering a 2-1 loss at the hands of FC Basel nearly two weeks ago.

The only other match that took place this week was a 1-0 win for Istra against Šibenik. Istra welcomed Šibenik to Aldo Drosina Frida evening and took all three points thanks to a goal by Antonio Ivančić. Istra has been busy making several signings in effort to improve their first team. The plan seems to be working as this was their first win of the season. Slaven Belupo are the only side to remain winless, but have recorded four draws. Slaven did not play this week as their match against Lokomotiva was postponed.

Dinamo and Rijeka were set to play each other this weekend, but their match was also postponed due to the club’s heavy schedule, which included European play as well as Croatian Cup matches. Both Dinamo and Rijeka advanced in the Europa League to the playoff round. Dinamo will face Estonia’s FC Flora on October 1 while Rijeka will have a tougher opponent in FC Copenhagen on the same afternoon. 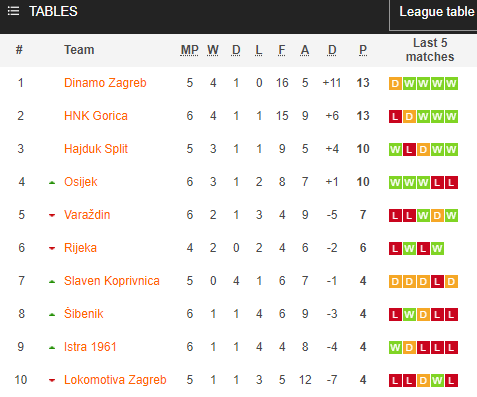 Someone posted this on FB. Who would you replace in the Croatia best 11 of all time?