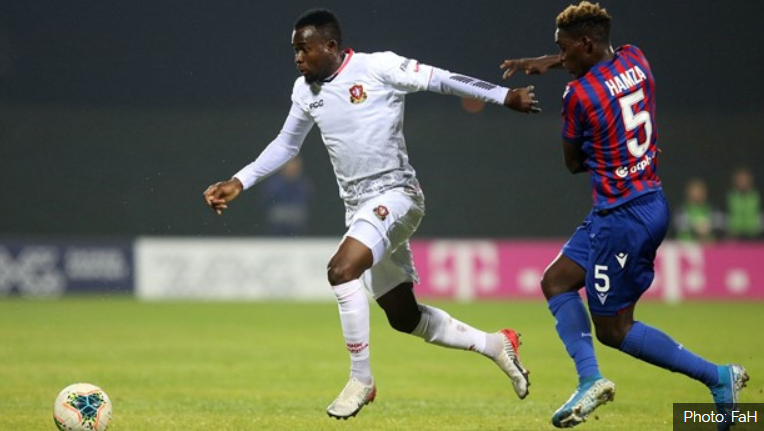 Only three days after falling out of the Croatian Cup at the hands of HNK Gorica, Hajduk was handed an opportunity for revenge, but the Bili fell flat.

Jairo da Silva scored for Hajduk in between the Gorica goals, but it was just not enough.

Hajduk players were summoned to the stands by the large travelling contingency of Torcida after the match, who lectured them and told them they “are not Hajduk”.

The loss allowed Dinamo Zagreb, who has played one few match, extend their lead at the top to four points.

Dinamo took care of business with the minimum needed against a struggling Inter Zaprešić on Saturday. Dinamo’s goal was scored by newcomer center back Joško Gvardiol, who made his first start for Dinamo after being promoted from Dinamo II. The 17-year-old Gvardiol is a Zagreb native and made his debut for Dinamo on October 19th’s 4-2 win over Gorica where he recorded two minutes of play. This past match featured Gvardiol the entire 90 minutes.

The match also featured several other young Dinamo products including Marko Đira and Leon Šipoš, who were recently transferred from Dinamo II and Luka Ivanušec.

Rijeka and Osijek fought an entertaining match up on Sunday which ended 3-2 in favor of the home side, Osijek.

Despite a 2-0 lead at half time, Rijeka were unable to maintain their dominance in the second half. Osijek scored three unanswered goals starting in the 65th minute to take the lead and ultimately, the win.

The three points for Osijek helped them jump Rijeka in the standings.

Slaven Belupo and NK Istra 1961 played to a scoreless draw in Koprivnica on Sunday. Monday will feature a match between NK Lokomotiva and NK Varaždin which kicks off at noon eastern time. 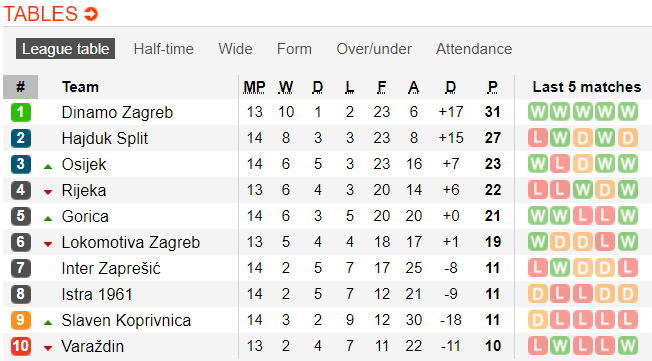