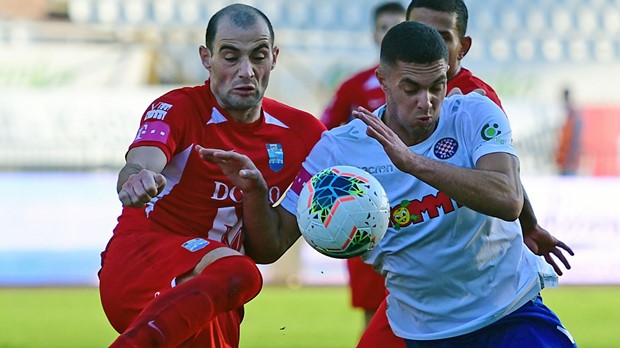 Consistency seems to be a key factor in winning championships. It’s Dinamo Zagreb who has been the most reliable team to do so in recent history, but it’s smaller clubs such as Gorica and Osijek who sometimes struggle to maintain successful runs.

HNK Gorica have been the most-successful newly-promoted team in the past 10 years, finishing in fifth place – three points shy of third place and seven points shy of second place – in their first season in the Prva Liga. The team has since managed respectable wins against Hajduk, Osijek and Rijeka. But their consistency has faltered on a number of occasions, most recently against NK Istra on Friday where they stole a point from the home team in a last-ditch effort on goal.

Istra has been perennial struggles, fighting off relegation on more occasions than they deserved. After a series of owner changes and failure to pay players, Istra has managed to find themselves one point clear of the bottom after 15 matches played. However, they started strong against Gorica on Friday with a third minute goal scored by Karolis Laukzemis, who made his second appearance for the club this season.

Earning the point dropped Gorica in the standings, but still remain only three points behind third place.

Dinamo Zagreb put on a display fans at Rujevica would like to forget.

The score was 3-0 at halftime in favor of the Modri, but they weren’t done yet and scored two more before the final whistle.

Mislav Oršić scored three of those five goals while the match was punctuated with both Luka Ivanušec and Petar Stojanović scoring their first goals of the season.

Hajduk Split is doing everything in their power to stay in the race with Dinamo thanks to a thrilling 3-2 victory at Polujd against Osijek.

Hajduk took a two goal lead, but Osijek fought back with two goals of their own in quick succession. With the match tied at two, Hajduk’s Jairo de Macedo da Silva scored the eventual game winner, but was immediately sent off with his second yellow card of the match after kicking the corner flag in celebration, breaking it in to two.

Immediately after, Hajduk’s 17-year-old Mario Vušković was shown a straight red while sitting on the bench as a substitute for his objection with the referee.

Hajduk were able to hold off Osijek for all three points.

Lokomotiva gave Inter Zaprešić their eighth loss of the season while both Varaždin and Slaven Belupo spared each other any more losses with a 0-0 draw. 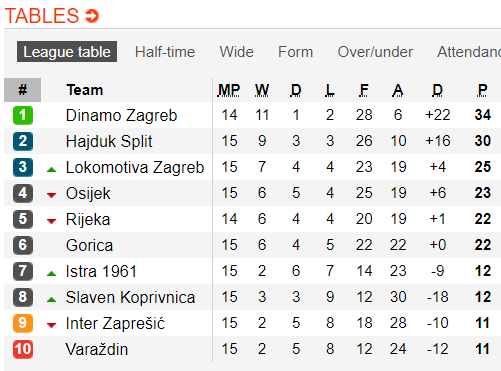