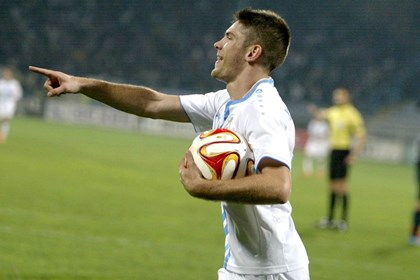 Dinamo Zagreb played to a lack luster scoreless draw on Sunday when the visited NK Zagreb at Kranjčevićeva.

Coach Zoran Mamić shifted the line up a little by benching regular starter Duje Čop and instead, starting Angelo Henriquez in his place.

Henriquez was the lone goal scorer in Dinamo’s embarrassing 5-1 Europa League loss against Salzburg on Thursday, but was unable to find the back of the net in Sunday’s match.

“It’s disappointing, but it is an indicator of how much Salzburg left a mark,” Mamić said after the match.

Zagreb’s Josip Jurendić was sent off in the 75th minute, leaving Dinamo with a man advantage for 15 minutes, but they were unable to capitalize on the opportunity.

But the marquee story of the day is the performance by Rijeka’s Andrej Kramarić, who helped his club defeat NK Lokomotiva 6-0 by score five goals.

Kramarić, who now as 21 goals in 15 league matches, scored his first goal in the 21st minute, and scored again only seconds after the ensuing kick off.

Anas Sharbini sent in the first cross to Kramarić where he was left unmarked at the far post and easily sent it past helpless goalkeeper and Rijeka native, Simon Sluga.

His second goal came in similar fashion, this time from Zoran Kvržić who sent it in form the left side.

Kramarić’s historical performance was only getting started and scored his third goal in the 38th minute with a brilliant chip over the goalkeeper.

To Sluga’s dismay, another laps in the Lokosi defense allowed Kramarić to score a fourth goal in the 49th minute, and yet again in the 62nd, capping off his five-goal night at Kantrida.

Josip Ivančić finished off the night with an easy tap in goal in the 84th minute, who came in as a sub for Kramarić. 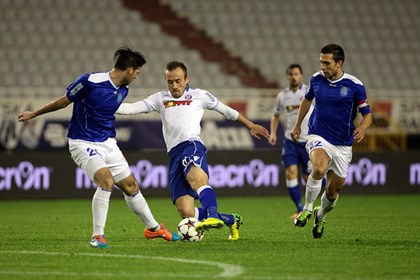 Hajduk was serving their punishment for the incidents with fans during the match against Rijeka which includes two home games behind closed doors where no fans are allowed in attendance.

Mijo Caktaš and Sandro Gotal put the Bili up early in the second half, but Osijek managed to score a goal in in the 67th minute when Marin Glavaš found the net.

But Osijek’s park-the-bus attitude didn’t go as well as planned as both of Hajduk’s goals came in quick succession. 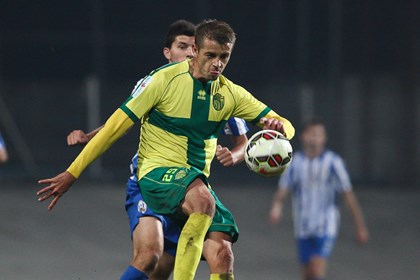 NK Zadar need to be feeling a little desperate lately, as they have not won a league match in seven weeks.

The traveled to Pula to face Istra and found themselves in the midst of a stalemate after 90 minutes of action.

Dejan Radonjić struck first for the home team in the 69th minute, but it wasn’t enough against Ćiro’s side.

Zadar knotted it up with a goal from Domagoj Boljat, who made his first appearance for the club.

Zadar remains in last place, but is only one point behind Slaven Belupo, who won their match against RNK Split thanks to a goal by Dario Melnjak.

The league will take a short break next week due to Europa qualifiers, but will resume play starting Friday, Nov. 21. 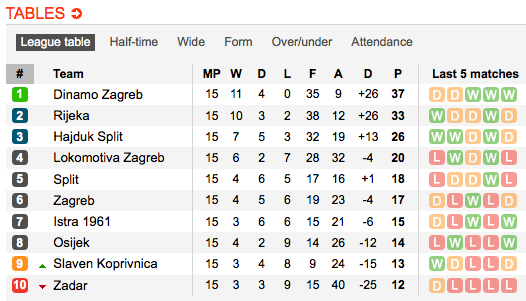