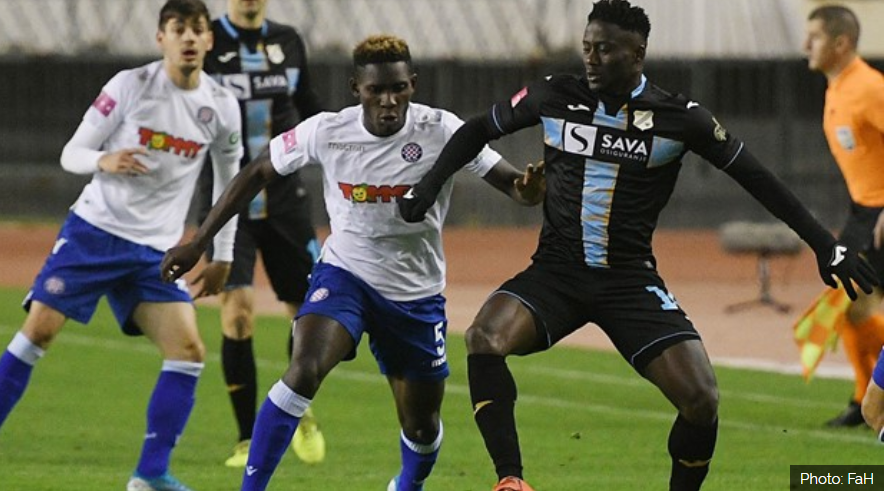 Questions are abound after an absolute thumping of Hajduk Split by Rijeka on Sunday evening, but no one knows where to put the blame.

Rijeka waltzed into Poljud on Sunday and handed Hajduk an eviction notice by way of a 4-0 beat down that left the nearly 14,000 in attendance shocked and angry. The loss was also the first loss Hajduk has suffered at Poljud since July in a club friendly against Slask Wroclaw and has been since April since losing to a domestic opponent.

The match was evenly contested through the first 45 minutes within only Baodu Acosty registering a goal in the 43rd minute, but it was the final stage of the match where the bulk of the action was concentrated.

Momcilo Raspopović replaced the goalscorer in the the 71st minute before registering his first goal of the season in the 83rd minute. His goal came off the heels of an abysmal turnover by Hajduk defender Hamza Barry, which drastically changed the course of the match.

Raspopović’s goal was quickly followed by Aleksander Gorgon‘s 87th minute goal. A subsequent fourth goal was scored by Tibor Halilović in the 93rd minute which absolutely demoralized the home team and supporters.

Hajduk midfielder Bassel Jradi apologized via the media after the match saying there’s “no excuse” for a result like that.

Dinamo Zagreb took all three points from Istra 1961 via goals from Damian Kadzior and Mislav Oršić. Oršić played all 90 minutes in Dinamo’s 2-0 loss to Atalanta in the group stage of the Champions League. Dinamo are no longer in sole control of their European destiny. Their opportunity to enter the round of 16 or the Europa League will now hinder not only on their own results but results surrounding clubs in the group.

Istra’s Mario Čuze scored his first goal since August 10 in the match in the 89th minute from the penalty spot. He has scored seven goals this season since joining Istra on loan from Dinamo.

NK Osijek earned a disappointing draw against struggling Varaždin, who in turn earned their 12th point of the season, leapfrogging Inter to take ninth place in the standings.

Slaven Belupo handed Inter Zaprešić their 10th loss of the season with a 3-0 thumping on Friday evening.

All this happened while NK Lokomotiva made a statement with a 4-0 win over a very tough Gorica side. The win puts Lokomotiva tied on points with Rijeka for fourth place. 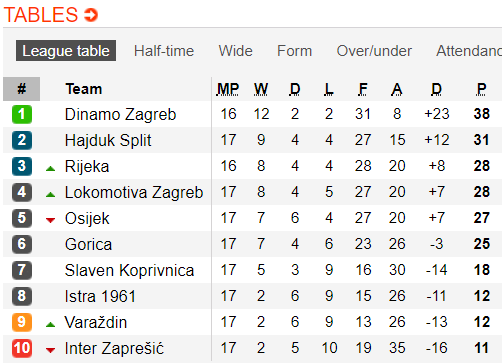