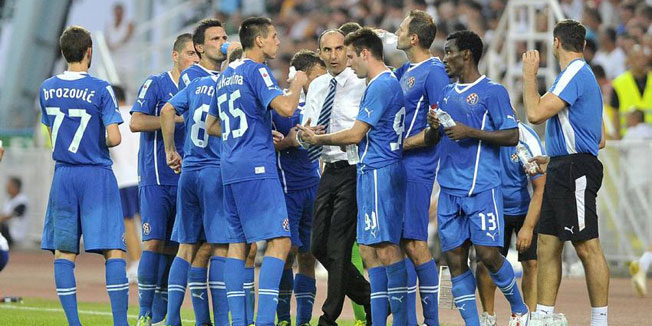 For a fourth straight match, Dinamo Zagreb will leave Kantrida without a victory. The 8-time consecutive champions of the Croatian Prva Liga had to chop the points in a scoreless draw in Rijeka going into their Champions League third qualifying match against Sheriff Tiraspol on Tuesday, July 30th. These are the first points Dinamo have dropped this season, now tied with Hajduk atop the table before Lokomotiva’s match Monday vs. Slaven. Rijeka now have two impressive draws against Dinamo and Hajduk to the start the season.

Dinamo manager Krunoslav Jurčić said after the game: “It couldn’t have been hotter at Kantrida, but we were the better team.” They are content with the draw and will now look to defeat Sheriff on Tuesday from Maksimir. 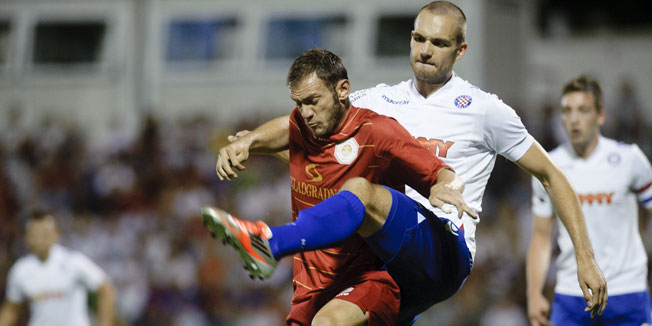 Hajduk Split made quick work of their neighborhood rivals Rnk Split Sunday, winning 3-0 to take partial share of first place in the Prva Liga table after Dinamo’s scoreless draw with Rijeka. Mijo Caktaš followed up his goal against Turnovo on Thursday in Europa League with a penalty conversion in the 17th minute vs. Split. Split’s Tomislav Glumac would then put the ball in his own net in the 31st minute to give Hajduk a 2-0 lead going into halftime. Split was unable to find a goal and Hajduk’s Anton Maglica would fire away a third goal four minutes after the break for the 3-0 win. Hajduk now sit tied with Dinamo atop the HNL table on seven points while Split remain in fifth position with four points. 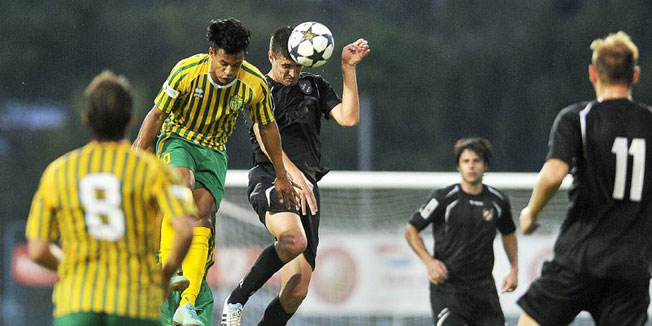 Istra earned their first win of the season Friday night in Zagreb as they defeated Hrvatski Dragovoljac 1-0 by way of Dejan Radonjić’s second goal of the season in the 34th minute. It was all that Istra needed as Dragovoljac’s Marko Brtan was carded twice in the second half, being sent off in the 70′, hurting any chance of a comeback. Istra now sit on four points through the first three games of the season while Dragovoljac remain on one point. 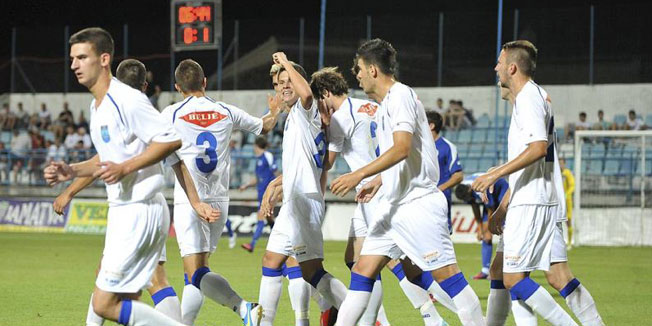 NK Zadar came back to defeat Osijek 3-1 at Stadion Stanovi Saturday night after 17 year-old Karlo Lulić opened the scoring for Osijek in the 7′. After Osijek took the lead, Zadar would go on to score three unanswered goals with Želimir Terkeš equalizing in the 14th minute and Luka Begonja giving Zadar the lead in the 20th. Josip Ivančić would add an insurance goal in the 64th minute to earn Zadar their first points of the young season. Osijek have lost all three of their matches to start the HNL campaign.