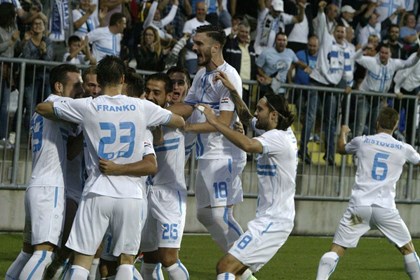 Here you have it; a 5-2 loss handed to Dinamo Zagreb by HNK Rijeka on Sunday has turned the HNL world upside down. It has been nearly a year since Dinamo lost two league matches in a row, which last happened in October 2015 when Dinamo lost to Rijeka the RNK Split.

If you count the recent 3-0 loss to Lyon in the Champion’s League, the Dinamo losing streak extends to three matches. Three consecutive losses is all it took for coach Cico Kranjčar to call it quits.

Kranjčar offered his resignation this morning following the 5-2 loss to Rijeka. A replacement has not been named.
The match at Rujevica began with an instant goal from Mario Gavranović in the first minute. Goalkeeper Adrian Šemper stumbled when trying to reach the ball in his box, and was only able to kick it as far as the feet of Gavranović who scored the easy goal less than 30 seconds after kickoff.

The young goalkeeper made another mistake minutes later with an errant pass right to Gavranović. The play ended with Marko

One more consolation goal was scored by Domagoj Pavčić, but a 5-2 loss stains Dinamo’s record this season and leaves them in third place, four points behind Rijeka and three points behind Osijek. 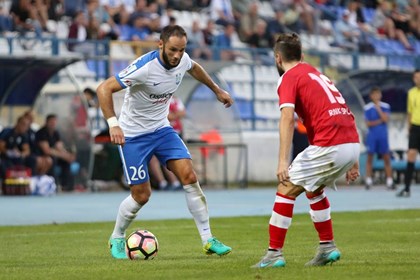 NK Osijek finished the weekend in second place after a convincing 3-0 over the struggling RNK Split in front of a lively atmosphere in the Garden City.

Osijek threatened early with a near goal from Muzafer Ejupi, but Tomislav Duka protected his net for Split. He made strong saves early on against the likes of Gabrijel Boban and Josip Knežević.

Duka was finally beat by Osijek in the 69th minute. Antonio Perošević stepped up to the penalty spot where he opened the scoring with a penalty kick.

It was downhill for Split and Duka after that when Aljoša Vojnović scored two goals in the 83rd and 88th minutes of the match upon his return from injury to make it 3-0.

Osijek is looking up at Rijeka while sitting in second place, one point from the top. 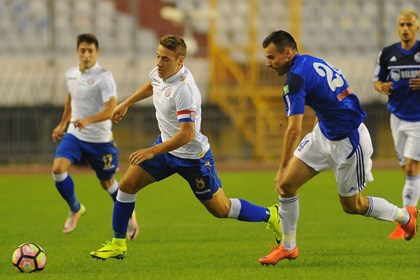 Hajduk Split muscled out Slaven Belupo on Saturday with a 4-0 win at Poljud. Ghanaian Ahmed Said scored two goals in the match in the 37th and 71st minutes of the match to make it 2-0 for Hajduk. Ante Erceg quickly made it 3-0 in the 75th minute, followed by Marko Futacs in the 88th minute.

NK Istra 1961 found their stride and earned their second consecutive win (and second win this season) with a 4-1 victory over Inter Zaprešić in Pula.

Goals from Mateo Bertosa, Šime Gržan, Valentino Stepčić, and Theophilius Solomon gave Istra the offense it needed to win. Inter was unable to score a goal, but thankfully for them, Asen Georgiev of Istra gave them one with an own goal in the 87th minute. Istra climbs the table to sixth place while Inter falls to eighth. 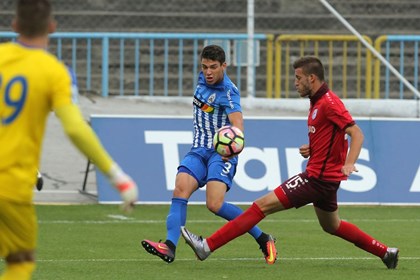 Cibalia remains winless in their return to the HNL after 9 weeks. The streak was continued by NK Lokomotiva at Kranjčevićeva on Friday when they suffered a 4-0 loss to the Lokosi.

Jan Doležal scored first after 37th minutes of scoreless football. Mirko Marić doubled the lead while Petar Bočkaj and Eros Grezda made it 4-0.

Cibalia remains ninth place, tied with RNK Split on points while Lokomotiva continue to improve their season by climbing to seventh place. 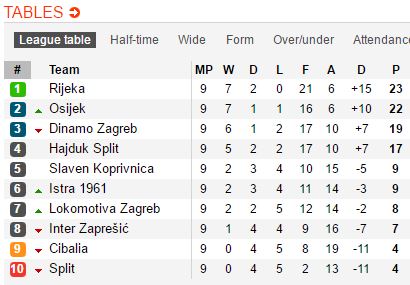