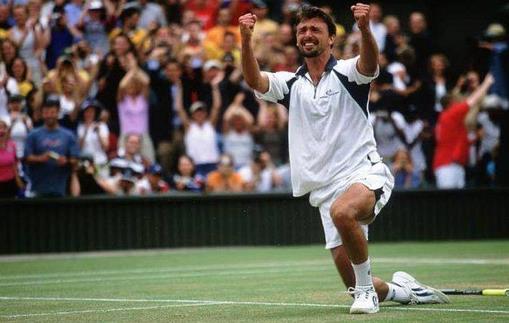 The always animated, full of personality, foul-mouthed Goran Ivanišević is headed to the international tennis Hall of Fame, the ATP has reported. Ivanišević posted fantastic career numbers – 22 titles and one remarkable Wimbledon championship – but will always be remembered for his fantastic commentary before, during, and after matches.

Ivanišević was a big server and his best matches were always played on grass, where he made four Wimbledon finals in his career, finally defeating Pat Rafter in 2001 as a wild card in an epic five-set match. It’s well deserved and I wish more tennis players were outspoken today like they were in the 80s and 90s. It really does add some spice to the sport.

Here’s my favorite Ivanišević outtake of all time:

Not to mention, his return to Split after winning the Wimbledon title was something from a Hollywood movie. The entire Splitska Riva was packed as Ivanišević arrived on a boat.