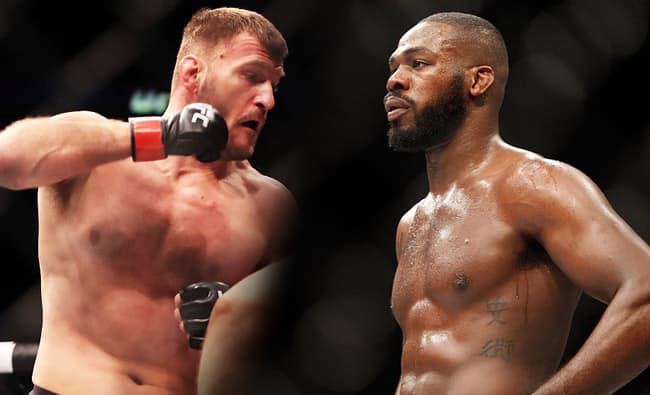 Earlier today, reigning UFC Light Heavyweight champion Jon Jones posted, “Just had a really positive conversation with the @Ufc. Sounds like there will be negotiations for my next fight at heavy weight. All good news, the weight gaining process begins” on his Twitter, ESPN reports.

The man has owned the light heavyweight division for nine years and the only negative marks on his fighting record are a DQ against Matt Hamill in 2009 and a ‘No Contest’ in 2017 against Daniel Cormier as Jones tested positive for a banned substance.

It has been reported that Jones has vacated his light heavyweight belt which can only mean one thing; he’s coming for Stipe Miocic’s heavyweight title. Right? Why else drop his current belt unless he’s done with the UFC all together? he question is: which path will Jones have to take to get there if he is staying?

Will Miocic’s next title defense come against Francis Ngannou? Whom he already beat via unanimous decision. Or will it be against Jon Jones in a blockbuster main event? Or will Jones fight Ngannou for the right to take on Miocic?