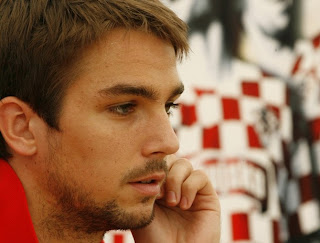 NIKO KRANJČAR PONDERING HIS FUTURE…Niko Kranjčar has been left in the dust at Tottenham by manager Harry Redknapp since the addition of Dutch midfielder Rafael van der Vaart in September. The 26 year-old Croatian winger has scored six goals in 27 appearances since joining Tottenham Hotspur in 2009 and has netted 13 goals for Croatia in 60 appearances since 2004.

Kranjčar still has a bright future ahead of him, however, he is currently rotting on the bench in North London.

What should Niko Kranjčar do?

Should he stay patient with Tottenham or demand a transfer this January?

Should he stay in the English Premiership or venture abroad?

Should he keep his mouth shut and focus on the Croatian national team?

What should Niko Kranjčar do?

*In no way does CSR support Lebron James nor the way he left Cleveland…(without class).