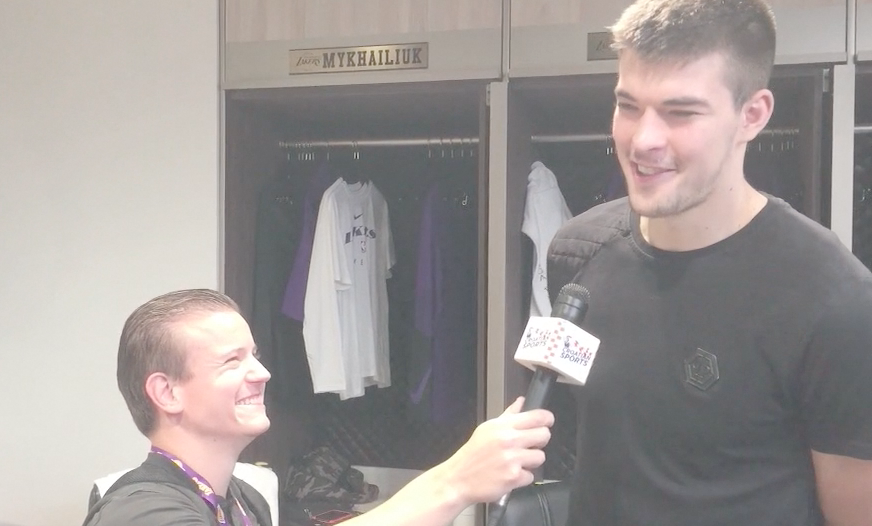 CroatianSports.com caught up with Los Angeles Lakers/Croatia center Ivica Zubac this week at Staples Center. Zubac mentioned that Lebron James has already taught him to become more professional in the young season before talking about the World Cup and his time watching the games at St. Anthony’s Croatian Catholic church in Downtown Los Angeles.