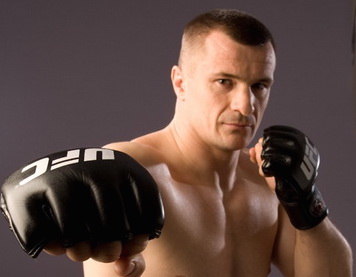 It appears the legendary Croatian fighter Mirko “CroCop” Filipovic has called it quits after over 20 years in proffesional combat sports. Yesterday morning Filipovic announced his withdrawl from his up coming fight and subsequent retirement from the sport.

“Unfortunately I had to cancel the fight in Seoul,” the Croatian fighter wrote on his website, mirkofilipovic.com. “In the beginning of the preparation I already hurt my shoulder, so I couldn’t raise a hand. I tried to save a shoulder injury and repair in all possible ways: daily therapy, injections of blood plasma and various cocktails of drugs but didn’t work out. The only cure would be a break of two to three weeks, and that I could not afford in the midst of final preparations. By daily trainings the injury gets worse. Part of the muscle is snapped, the shoulder is filled with a lot of fluids, and the great danger is that tendon ruptures and then go to operation again.”

“I am aware that I have come to the end of my martial times, but training with pain I want no longer,” he said. “My body is battered by countless trainings. I collected nine operations. The body has become prone to injury. After each workout I put ice on my knee operated on because it’s filled with fluid, therapies twice a week. The next fight would be 80th professional, and that is a lot, especially in the competition: K-1, Pride, IGF, UFC.”

It appeared that injuries have gotten the best of the heavyweight legend and forced his retirement but today a twist was added to the story. UFC officials today announced the veteran heavyweight is the first athlete to be flagged for a potential violation of the company’s new anti-doping policy, which is administered by the United States Anti-Doping Agency (USADA). The substance found in Filipovic’s system was not revealed.

“USADA, the independent administrator of the UFC Anti-Doping Policy, will handle the results management and appropriate adjudication of this case involving Cro Cop. Additional information will be provided at the appropriate time in the process.”

At this time what exactly caused Filipovic to fail his drug test is uncertain as many various drugs fall under the strict testing policy. It could be a number of things such as performance enhancing drugs or a simple pain medication.

I will have more information regarding this story as it becomes available. Also will be looking back at the legend and his accomplishments in the sport of MMA and kickboxing in the up coming weeks.

Mirko Filipovic made this statement today via his website regarding the failed drug test.

“I might be the first fighter who has ever been suspended after retirement. Maybe they think it is good for them to sanction someone that is well known. As you all know, the UFC has a deal with the USADA, an anti doping agency, who now tests all fighters.”

“Every fighter has to fill up questionnaires for the USADA “whereabouts” system. Like all the other fighters, I also had to fill out the questionnaire so they knew where to come and test me.”

“When my shoulder problems started, basic methods like massages and icing the shoulder did not help. Then I went to blood plasma which went straight into my shoulder. With each blood plasma, I had a little mix of growth hormone to make my shoulder heal faster.”

“Growth hormones are on the list of banned substances. I knew that already. But there was no other way to save my shoulder – at least in my mind – without combining the blood plasma with growth hormones.”

“Unfortunately it turns out the only cure was a good break and rest. But a desperate man will try anything.”

“After 6 days of growth hormone and plasma injections, the USADA came to test me. I gave them my blood sample and urine samples and immediately told the UFC about the test. I also said that I had been taking blood plasma and growth hormone since nothing else was working.”

“I wanted to have this fight, at any cost. I knew if I didn’t have the fight after an 8 month layoff, it was the end for me. I could not afford to wait 5 or 6 more months to fight.”

“The test results are not even finished, and I’m not even sure if they are going to find anything because I used the treatment for a few days to recover my shoulder and fight, that’s it. Now they have given me some kind of suspension because I told them myself that I have been getting the treatment, and to top it all of I pulled out of the fight.”

“It is stupid to even mention that the hormone only heals the body and that the dosages can probably only be detected for a few (10) days. I would be perfectly clean until the fight.”

“It did not make me any better or increase my performance like testosterone or anabolic steroids would, but those are the rules. On Friday I was still telling them to not cancel the fight and that I wanted to fight because of all the hard work I had done.”

“I told them I will go to the USADA and tell them what is going on, and I was willing to get a lot of tests before and after the fight and everything would be OK.”

“I was tested 5 different times up to this point in the UFC, the last time after the Gonzaga fight, and each time the test results were clear.”

“Saturday training was the last one that I had with preparations in mind, which is when my shoulder “broke” its limit. The MRI showed on Monday that it was a ruptured muscle and damaged tendons, filled with liquid.”

“And that is when I broke and made my decision.

This calling out and suspensions have no meaning anymore, but I do understand the UFC; I get it. They just want to defend themselves.”

What are your thoughts on his retirement and subsequent failed drug test?

Does it tarnish his legacy?