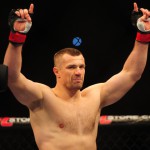 The Croatian MMA and Kickboxing legend has officially called it a career and announced his retirement today. Filipovic is going out on a high note after dominating the Rizin Open Weight Grand Prix and winning the title on New Years Eve. CroCop had to defeat three opponents in less then 72 hours and two of them occurred on the same night. The 42 year old looked like a … END_OF_DOCUMENT_TOKEN_TO_BE_REPLACED 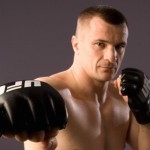 It appears the legendary Croatian fighter Mirko "CroCop" Filipovic has called it quits after over 20 years in proffesional combat sports. Yesterday morning Filipovic announced his withdrawl from his up coming fight and subsequent retirement from the sport. “Unfortunately I had to cancel the fight in Seoul,” the Croatian fighter wrote on his website, … END_OF_DOCUMENT_TOKEN_TO_BE_REPLACED 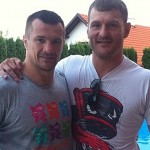 The Cripplers Pit will serve as a monthly update on all things happening in the world of Croatian mixed martial arts. If you are a Croatian fighter or you have news on anything in regards to Croatian mixed martial arts feel free to send me a message and I will add it to my monthly report. Mirko "CroCop" Filipovic The resurgence of CroCop in the UFC is in full … END_OF_DOCUMENT_TOKEN_TO_BE_REPLACED 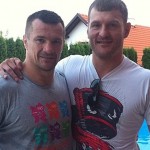 Mirko CroCop Filipovic will face the Brazilian Gabriel Gonzaga in Krakow, Poland on April 11th, 2015 as part of the UFC Fight Night 64 event. Gonzaga holds a devastating head kick knock out of Mirko back at UFC 70 and also took his title shot in the process. This has to be the Croatians worst and most devastating defeat to date and now he has a chance to avenge that loss in … END_OF_DOCUMENT_TOKEN_TO_BE_REPLACED 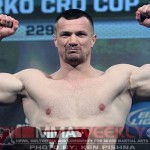 News broke earlier today via various MMA media outlets that Croatian Fighting Legend Mirko CroCop Filipovic had resigned with the UFC. Earlier in the week Scott Coker president of Bellator MMA announced that he was interested in signing the Croatian heavyweight fighter and was in talks to secure him in the organization. I guess that interview put the UFC … END_OF_DOCUMENT_TOKEN_TO_BE_REPLACED 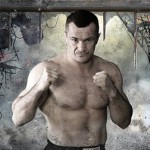 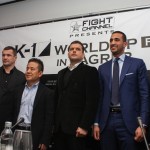 History will be made in Zagreb, Croatia on March 15th, 2013. It will be the first time a combat sport event of this magnitude will be held in Croatia. It is also the first time the K1 Grandprix finals has been held outside of Japan. This event could lead to other big name companies such as the UFC to take a look at Croatia as a potential venue for an event if all goes well. The … END_OF_DOCUMENT_TOKEN_TO_BE_REPLACED 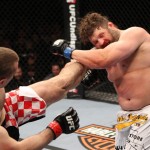 Fourteen months has passed since we last seen the Croatian legend Mirko CroCop compete in Mixed Martial Arts. Mirko's last outing in mixed martial arts was a third round loss to Roy Nelson under the UFC brand. Filipovic stepped back into the sport on New Year's Eve in Japan, and gave his fans a more positive memory to remember him by. The Croatian faced Shinichi Suzukawa … END_OF_DOCUMENT_TOKEN_TO_BE_REPLACED