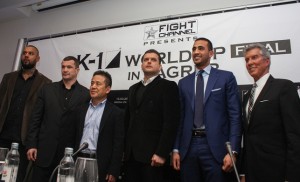 History will be made in Zagreb, Croatia on March 15th, 2013. It will be the first time a combat sport event of this magnitude will be held in Croatia. It is also the first time the K1 Grandprix finals has been held outside of Japan. This event could lead to other big name companies such as the UFC to take a look at Croatia as a potential venue for an event if all goes well. The event starts at 3 p.m. ET and will be streamed online. 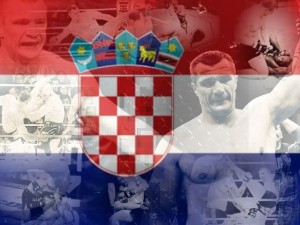 The K-1 World Grand Prix 2013 is only days away as a new heavyweight champion will be crowned. The biggest name in the final 8 of the tournament is Croatia’s own Mirko “Cro Cop” Filipovic. “CroCop” returned to kickboxing last year and won all three of his return fights against Ray Sefo,Loren Javier Jorge and Randy Blake respectively. For 11 years, he spent a lengthy part of his career competing for PRIDE and the UFC in MMA and began his career in K1. Mirko also returned to MMA in December with a submission win over Shinichi Suzukawa at the Inoki Bom-Ba-Ye event. That gives Filipovic a 4-0 record since losing to Roy Nelson in his last UFC fight.

Mirko “CroCop” Filipovic will face Jarell Miller in the quarterfinal fight. Mirko can make history by winning his first K1 title and doing it in his own backyard. He would also be the first Croatian to hold the title since Branko Cikatic became the first ever K1 Heavyweight champ back in 1993. The Croatian legend has a real shot at winning this tournament as the other 7 combatants other then Badr Hari are on the same level at this point in their respective careers. Look for Mirko to impress in Croatia Friday night. Mirko will attempt to recapture the glory he once had when he hoisted the Pride Open Weight Grand Prix title back in 2006. The event also features a few up and coming Croatian kickboxers looking to make a name for themselves in Zagreb. Can the Croatian kickboxers go undefeated Friday night in Zagreb?

Below is the current card