‘Super’ Mario Mandžukić beat out Luka Modrić for the 2012 Croatian ‘player of the year’. After an average end to the season at Wolfsburg, Mandžukić dazzled in Poland where he scored three goals in as many games at Euro 2012, joining the likes of Mario Gomez, Mario Balotelli, Cristiano Ronaldo, Fernando Torres and Alan Dzagoev for most goals at the tournament. Mandžukić then continued his fine form in the Bundesliga with new club, Bayern Munich, scoring nine goals in his first 15 games for the Bavarian giants. UEFA.com reports on the Večernji List poll. 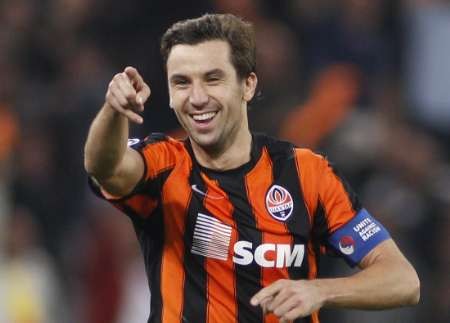 Croatia and Shakhtar Donetsk captain, Darijo Srna (above), was voted for having ‘Best goal of 2012’ for Shakhtar by their fans in 2012. It occurred vs. Dnipro in a 2-1 win where Srna volleyed a corner kick from outside the box into the ground and inside the far post. Shakhtar have used this tactic many times this season when Srna is open outside the box on a corner kick.

Should Croatia start implementing it as well? Srna has now won this award for a second straight year.