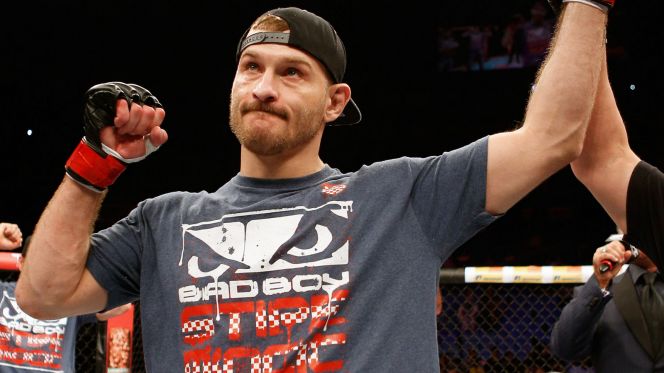 Velasquez is out. Miocic is in.

After defeating Andrei Arlovski in 54 seconds at UFC 195 earlier this month, Cleveland-born Croatian-American Stipe Miocic has finally seen his fighting dream come true: to battle for the UFC heavyweight belt, ESPN has reported. With former heavyweight champion Cain Velasquez having to pull out due to a back injury, Miocic was quickly added to the UFC 196 main event on February 6th in Las Vegas; opposite current heavyweight champion Fabricio Werdum.

With Miocic receiving the news only two weeks before the fight, he only had this to say on his Twitter feed: “Gotta grab opportunity when it comes knocking.”

The fight comes on short notice for Miocic fans who will now be able to watch the Cleveland native battle for the title in Las Vegas the night before the Super Bowl is played between the Broncos and Panthers.

It’ll be a busy weekend in Vegas. Who’s in?

Shoot us an email at info@croatiansports.com if you plan on being in Vegas that weekend.