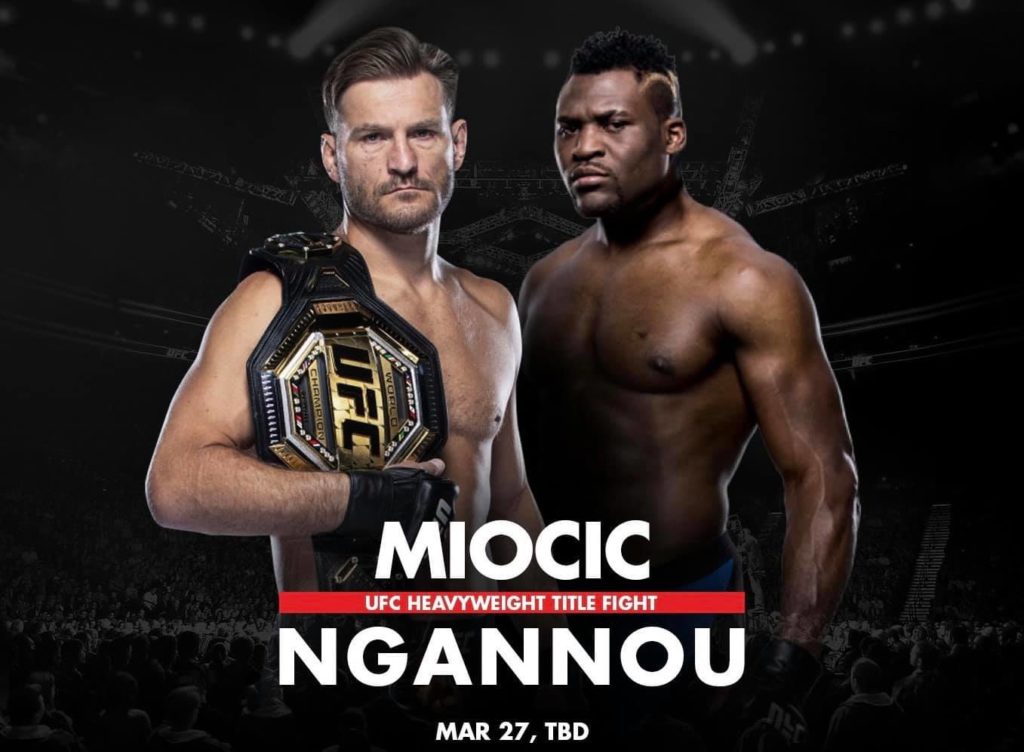 Last we saw Miocic, he defended his UFC Heavyweight title on August 15th by defeating Daniel Cormier for the second time in three fights. Miocic beat Ngannou in January of 2018 to defend his belt by unanimous decision. It was Miocic’s third straight title defense. Ngannou is the last fighter outside of Daniel Cormier who Miocic has fought.

Ngannou is dangerous. He can end a fight with one punch. However, he gets gassed very quickly. One of the reason’s Miocic defeated Ngannou the first time around is he survived the first round and leaned on Ngannou throughout the fight when he tired.

Either way, this is going to be one hell of a blockbuster fight in March.