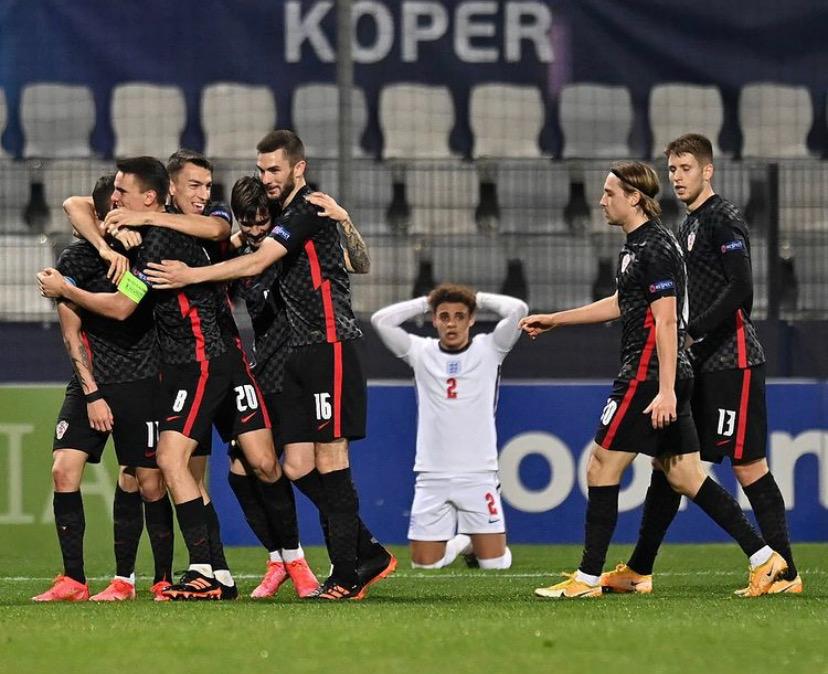 Domagoj Bradarić erased what would have been a disappointing day for Croatian soccer as they knew a 1-goal loss to England would get them through to the U21 Euro 2021 quarterfinals (with Portugal easily defeating Switzerland). A bogus penalty kick was given to England early in the first half and Croatia missed way too many quality chances to take control of the match. England would score in the 74th minute which would have put them in the quarterfinals – on goal differential – but the hard press finally payed off for the Vatreni as Bradarić sent a rocket into the top shelf from 21 yards out to seal the deal. Croatia lose 2-1 but will now play Spain in the quarterfinal in late May. Croatia have never played in the Euro 2021 knockout round before this tournament.

Would you have it any other way?

Croatia vs. England once again. The mini Vatreni will finish out group play Wednesday at the U21 Euro 2021 tournament against England at 12PM (ET). If Croatia win, they will book a spot in May’s quarterfinal round. If the match ends in a draw AND Portugal wins/draws against the Swiss, Croatia will also go through.

This is an extremely talented Croatian bunch which will undoubtedly bring 3+ players to the senior side very, very soon. Dinamo’s Luka Ivanušec and Lovro Majer have been carrying the load as Sosa, Sučić, and Gvardiol were all ruled out due to injury prior to the tournament kicking off. Striker Dario Vizinger has been a nice surprise as well but limped off the field later against then Swiss Sunday. Let’s see what the kids come up with versus England. The Croatia U21 team has never played in the knockout round of a Euro tournament.