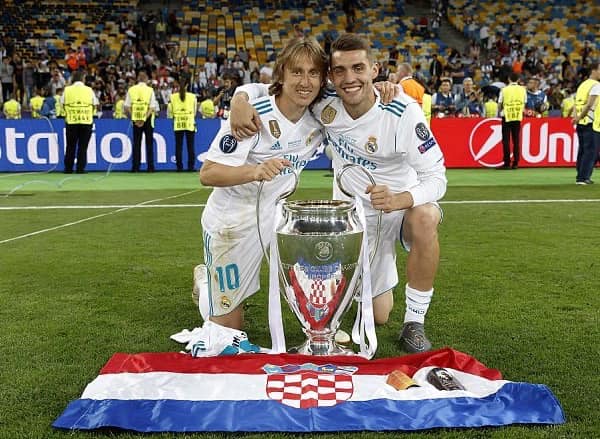 It’s official. Modrić and Kovačić will meet in the CL semifinals, which means we are guaranteed to see a Croatian play in the Final for a 10th straight year. It will be Real Madrid/Chelsea on one side of the draw and Manchester City/PSG on the other – what many are dubbing El Cashico.

Amazing, simply amazing what Croatian football has done in the past decade. We have reached the World Cup Final. We have had a national team player loft the CL trophy eight consecutive years. Dinamo Zagreb are currently playing in the Europa League quarterfinals. Simply amazing!

Real Madrid drew Liverpool 0-0 Wednesday night at Anfield and progress 3-1 on aggregate. Modrić had an average game offensively as Real Madrid had to defend much of the match.

Luka Modrić is booming with confidence going into Wednesday night’s return leg against Liverpool 3PM (ET). Real Madrid defeated Liverpool 3-1 in Spain last week and have a massive advantage – as well as one foot in the door – to make the Champions League semifinals. The winner of this tie will face Chelsea.

Modrić says the Real Madrid will not sit back in the second leg and he’s sad that he will not be able to play in front of a full Anfield crowd, The Mirror reports.