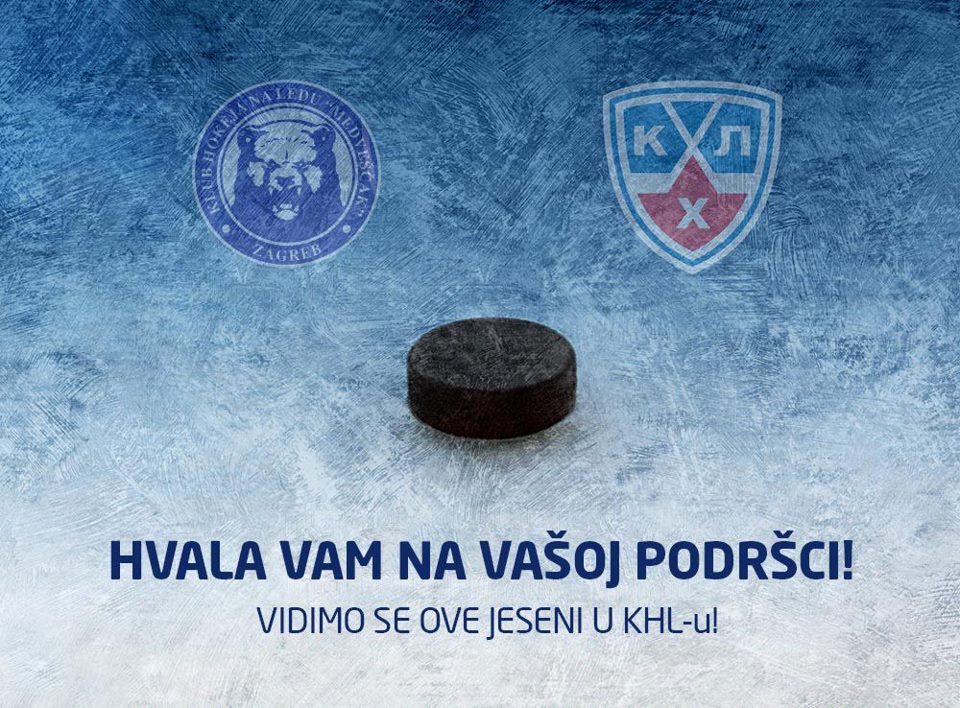 KHL Medveščak has announced on Monday that they will be joining Kontinental Hockey League (KHL) for the 2013/14 season.

The KHL is Russia’s top-flight hockey league, and is widely considered to be the world’s second best league, after North America’s National Hockey League.

Medveščak’s departure from the Austrian league and entrance into Russia’s does not come with out its criticisms.

The team will now face an exhaustive and financially burdensome travel schedule. The team will need to be able to fund the traveling through Europe, including much of Russia, and will be traveling through eight different time zones, and their farthest opponent, HC Amur, is located in Khabarovsk, which is over 10,400 km away from Zagreb. That is a farther distance than from Zagreb to Los Angeles, CA.

The team is confident that they will be able to get strong corporate sponsors and easily be able to afford all necessities for the club, especially with the large influx expected in additional ticket sales.

In the past season alone, Medveščak’s attendance has increased by 15 percent.

Few  details have released on a venue for the team, but it is said that it will most likely not change from last season’s venue; most games being played at Dom Sportova, which seats 6,400, and they will have several series throughout the season at Arena Zagreb, which has a capacity of 15,000.