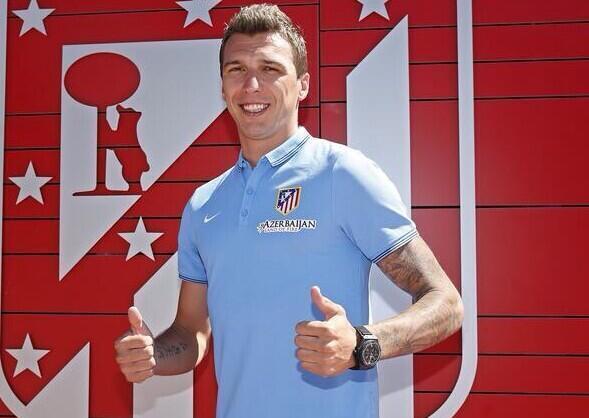 After a falling out with Bayern Munich manager Pep Guardiola at the end of last season and with the addition of Robert Lewandowski to the Bavarian strike force in the summer, all signs pointed to “Super Mario” Mandžukić out at Bayern Munich. And on Thursday, it was made official.

Mandžukić will be joining last season’s La Liga champions and Champions League runner’s up Atletico Madrid. The deal is worth four years at an estimated price tag of €22 million. Mandza will be replacing Diego Costa, who was sold to Chelsea for nearly double the price tag of the Croatian.

Mandžukić scored 33 goals in 54 Bundesliga games for Bayern after joining them from Wolfsburg in 2012. He helped the German giants win back-to-back Bundesliga titles which included a Champions League crown in 2013.

With Mandza joining Atletico and Ivan Rakitić moving to Barcelona, Croatians will be well represented in Spain throughout the biggest three clubs with Luka Modrić beginning his third season with Real Madrid.

Which of these three clubs will win La Liga this season? And which Croatian international will perform the best?

My prediction: Real Madrid to win the league with Modrić pulling the strings for Los Blancos in magnificent fashion for a second season in a row.