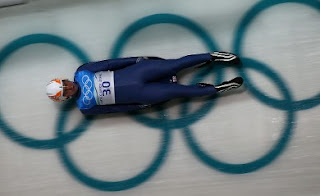 Only hours before the 2010 Olympic Winter games officially opened, 21 year-old Georgian luge rider Nodar Kumaritashvili violently crashed into a wall during a training run causing him to go airborne and fly into a steel support. He was given CPR immediately but was pronounced dead only moments later. The luge/bobsled course in Whistler, Canada is said to be the fastest ever created. It was estimated that Kumaritashvili was traveling 88 mph when he hit the steel beam. Flags will be flown at half mass for the duration of the games and Kumaritashvili was given a one minute moment of silence during the opening ceremony Friday night. His Georgian teammates decided to compete in the Olympics and were given a standing ovation as they entered the stadium. 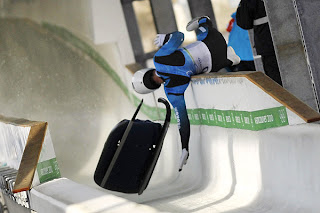 Although this is obviously not a luge site, there are many smart and savvy sports fans on CSR with valued opinions, which we love to hear even if it’s not soccer-related. The best lugers in the world are complaining that this course is simply too fast, yet the International Olympic Committee will allow the luge competition to go on as planned. Would this be the case if an American or Brit died in the same situation? I’d put money on NO. A man just lost his life and they’re going to continue the event as if nothing happened. Plain and simple ignorance.

What does Prva Generacija have to say on the subject? Should the Olympics go on with luge or be cancelled? Are there any solutions? What are your thoughts on the crash?

“I shed a tear watching that video. Made me weak at the knees and sick to my stomach. Watching someone live the final moments of their life, whether you know them or not, has got to be one of the most life-changing events anyone can experience.

I overheard something about an athlete dieing earlier in the day, but it wasn’t until I got home that I heard the full story, and saw the painful video.

Sad to say, but young athletes from these ‘less-developed’ countries don’t have access to the world-class facilities that the USA, Canada, and Western Europe have readily available. When the time comes to compete on the big stage, the reality, the competition and the speed of it all can seem a bit overwhelming.

Steel support beams being EXPOSED on a luge track boggles my mind. Apparently, the fatal track design was deliberate to make the track run more accessible to cameras and ultimately TV viewers.

Nothing was more heartbreaking than watching the Georgian team walk out of the tunnel into the opening ceremony. There are no words to describe the hell they have gone through in the last 24 hours.

But they have pledged to compete in honor of Nodar. I cheer for Croatia, I cheer for the US, as well as my birth country Australia, but I really hope Georgia accomplish something amazing in competition for Nodar in these games.”