Marko Petrović was saved by a last second defensive stand by his SFU teammates as they defeated LMU 61-60 Thursday night in Los Angeles. Petrović didn’t have the best of games as he scored three points (1-7 FG), grabbed four boards and added an assist in 19 minutes of play. He had two lay-ups blocked in the process. Nonetheless, the young Croatian freshman remained fired up the entire match, all the way until the final buzzer. TEAM CSR will meet with Petrović January 28th for an interview. We have our questions. Do you CSR Nation?

CSR has its hands full with Croatian basketball players this weekend as both Marko Petrović and Andrew Bogut visit the City of Angels. Freshman shooting guard, Marko Petrović, will be in Los Angeles as his San Francisco University Dons take on LMU and Pepperdine. CSR will meet with Marko, who is the nephew of late Croatian superstar and Basketball Hall of Fame inductee Dražen Petrović. Dražen tragically passed away in Germany during a freak auto accident in 1993. 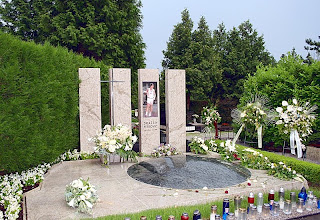 THE GRAVE OF DRAŽEN PETROVIĆ

“Marko brings a lot of skills that we felt we needed on our team. People may believe that we signed Marko just for his shooting ability and yes, he is a good shooter, but I believe he brings a lot more than just that skill. Marko is a multi-position team first guy (National Champion Prep Program @ Findlay Prep) that is a good ball handler and passer. He makes the right play and also is a willing and capable team defender. I am excited about coaching him and look forward to getting him on the Hilltop.”

WHICH QUESTIONS WOULD YOU LIKE ANSWERED BY BOGUT AND PETROVIĆ? 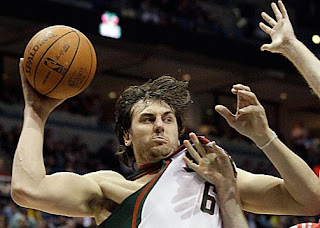 Andrew Bogut (above) visits Staples Center on Monday night as his Milwaukee Bucks take on the Los Angeles Clippers. Bogut is coming off a 2009-10 season where he made the All-NBA Third team, shortly after shattering his entire arm in a freak slam dunk accident in April. Bogut was a class act last year when CSR met up with him to find out exactly how Croatian he is. Verdict: he’s Croatian. Here’s the interview from last season:

CroatianSoccerReport.com sits down with Andrew Bogut from Adrian Svirčić on Vimeo.