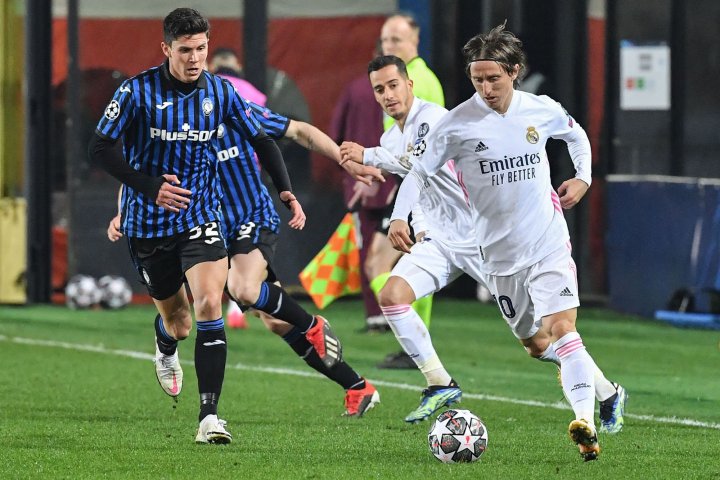 The guy does it all. Luka Modrić played all 90 minutes as Real Madrid defeated Atalanta 3-1 (4-1 agg) to reach the Champions League quarterfinals. Modrić assisted on Real’s first goal in an extremely tight first half when a poor Atalanta down field ball headed straight to the Croatian. 90% of players in the world would have taken the tight-angled shot, but instead, Modrić cooly slipped the ball to Benzema for the opener.

It was an extremely unselfish move and got Real Madrid heading in the right direction as the goal made it 2-0 on aggregate. Atalanta never got within striking distance after nearly scoring early in the first half.

Modrić adds to his legacy and is currently the only Croatian in the CL quarterfinals. Kovačić or Vrsaljko will join him tomorrow.

What else can you say about Luka Modrić?

At 35 years old he, is carrying a Real Madrid side – alongside Karim Benzema – through Champions League and inching back in the La Liga title race; only six points behind leaders Atletico now.

Modrić was rested at the weekend but did come on in the 60th minute to supply a game-tying assist to Benzema. Real Madrid won it late.

With Eden Hazard essentially picking up an injury every time he laces up the boots, it really shows what kind of endurance, strength, and drive Modrić has late in his career. Tuesday night in Madrid, Real take on Atalanta in the 2nd leg of their Champions League Round of 16 affair with the reigning Spanish champions already winning in Italy 1-0.

Real Madrid have their all-important away goal so a draw or victory Tuesday will see them book a spot in the CL quarterfinals. The only Croatians left in CL this season are Modrić, Atalanta’s Mario Pašalić, Chelsea’s Mateo Kovačić, and Atletico’s Šime Vrsaljko.

Two Croatians are guaranteed to play in the quarters, but who? The favorites right now are Modrić and Kovačić.

Remember, a Croatian has lifted the CL trophy every year since 2013. Can Modrić rally the troops once again?