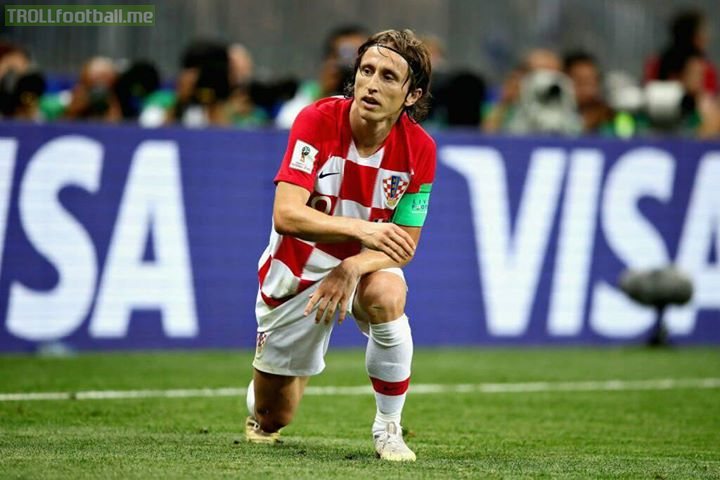 Maminjo is my “POTW”, Poster of the Week. He’s been on fire and is looking through his ‘logical lens’ rather than taking an emotional approach.

Should Croatian fans be in ‘panic mode’ after the 2-1 loss to Sweden on Saturday?

Absolutely not! Don’t even spend one ounce of your energy thinking about it.

The Vatreni are fine and by the time EURO 2021 kicks off in seven months, none of us will be thinking how Croatia did in Nations League. How do I know this?

Well, because Croatia tends to show this behavior on a regular cycle.  We do it all the time. We actually just did it before the 2018 World Cup started; in qualifying nonetheless. Not something as insignificant as Nations League.

Remember when Croatia – in a  span of 120 days during WC 2018 qualifying – lost to Iceland, barely beat Kosovo 1-0, lost to Turkey, and drew Finland? They picked up four points in four games from some pretty mediocre competition and needed a win in Ukraine on the last day of qualifying to secure a playoff spot.

Remember when Croatia lost to Peru in Miami during a friendly three months before the World Cup kicked off? Yeh, probably not. But once again, Croatians were in full meltdown mode saying get rid of Dalić, the locker room has been lost etc etc.

International football cycles are long and it’s tough to build on certain chemistry when you only see your Croatian teammates for a week every three months. With Croatia playing without Modrić in September and losing to Portugal and France off the bat, their Nations League campaign was basically over right there and then.

Again, it’s annoying to be steamrolled by a team like Sweden this past weekend with Modrić, Perišić, Brekalo, Vlašić on the pitch but we need to pull back and look at the bigger picture. As long as we are healthy in seven months, that’s all that matters.

Croatia is not – and has never been – a qualifying powerhouse like Germany, Brazil, Spain. These countries are always cruising through qualifying and Nations League matches because in essence, they have two teams to support their schedule. Their “B-squad” is so good that they are constantly challenging their A-team for playing time. So when they’re playing Qualifiers or Nations League, the national team is always being supported by players that are hungry for 1st-team action.

Croatia doesn’t have that kind of depth. Prime example is Mateo Kovacic. Already in 2020, Kovačić has laid a big fat goose egg with all the opportunities he has received, in different positions to say the least. Imagine if Kovačić was playing lights out right now and we would be needing to have the Modrić vs. Kova debate.

At the end of the day, all that matters is the health of the team come June 1st. Croatia cruised through Euro qualifying and finished top of group. Don’t worry. Everything is fine even though it didn’t seem so this weekend. If Croatia lose against Portugal on Tuesday, everything is still fine.

Are we soft in defense? Yes. But that bridge will be crossed over the next seven months. Don’t panic. Croatia is in good shape for Euro 2021. A lot will happen between now and then.