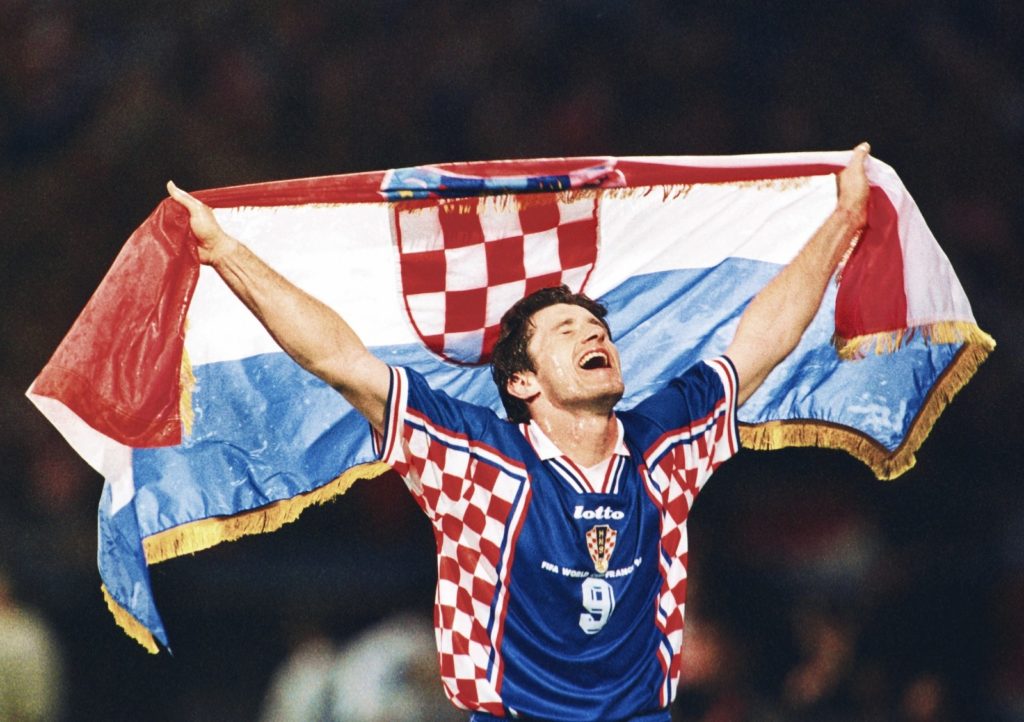 The honeymoon is over. The 2018 World Cup has officially cemented its place in Croatia’s rich history. The players have returned to their clubs, and Modrić was named best footballer on the planet.

We all want that summer back in our lives.

No matter where you were on this planet, whether it was in the Greater Toronto Area, Melbourne, Los Angeles, New York, Zagreb, Split, or Zurich, to name a few cities, Croatians gathered together to watch with friends and family, celebrating the complete joy of being a Croatian and being on a winning streak in front of the entire world.

“Neopisivo” became the expression of the tournament – Indescribable – that feeling when everything is working in your favor and it can’t be explained. More than 10% of the population of Croatia – 550,000 people – welcomed the team on their return from Russia in Zagreb, in what certainly looked like a victory parade.

What will it take for us to do it again?

What does the HNS (Hrvatski Nogometni Savez/Croatian Soccer Federation) have to do in order to put the Croatian national team in a position where they continue to make long runs in the World Cup and Euros?

Talent allows teams to qualify for a tournament and have a decent showing. But World Cup winning teams like Brazil and Germany transcend talent with infrastructure, youth development, and direction to make them contenders every time they take the pitch – decisions which are made in the front office.

Croatia has all of that too, but it’s yet to blossom.

We all know that the HNS has been shrouded in darkness for nearly a decade. The Savez has been led by a Dark Lord, acting autonomously, and serving his own interests above all. He has siphoned money away from Croatia’s top club Dinamo Zagreb, created distrust between his regime and the football supporters of Croatia and led World Cup Golden Ball winner Luka Modrić and teammate Dejan Lovren into legal quicksand.

Croatian legend and 1998 Golden Boot winner, Davor Šuker, also got swept up into the Dark Lord’s force grip as president of the HNS.

A year ago, I was frustrated that a team with World Cup Final talent seemed indifferent to qualifying for the tournament. With losses to Iceland and Turkey, and a draw versus Finland, I doubted their commitment to win. My conclusion was that their losses were a protest against the HNS and against the Dark Lord and his reign.

But Šuker turned it around very quickly. With Mamić seemingly out of the way, Šuker made some uncharacteristic moves. He hired Zlatko Dalić, an unknown Croatian coach from the UAE, to lead the Vatreni into their playoff tie with Greece to qualify for the World Cup.

Šuker allowed Dalić the freedom to coach and did not micromanage his decisions – a move that empowered Dalić and allowed him to become the coach he needed to be to take Croatia to the Final. Sending an arrogant Nikola Kalinić home from the World Cup showed us that Dalić was empowered to lead.

Šuker expanded the Croatia brand by bringing the Vatreni to North America to play Mexico in Los Angeles and Dallas, and Peru in Miami in pre-World Cup friendlies before negotiating a friendly with Brazil in Liverpool. He has promised more games around the world including Australia and Canada. He is elevating Croatia to become a global brand.

Croatians are always critical and we have certainly had our fair share of criticism of Davor Šuker. But we must acknowledge that Šuker has found the secret to success and give him credit for his role in Croatia’s appearance in the World Cup Final.

Šuker is still the same man who led the Golden Generation to a World Cup semifinal as a player in 1998 and became a national hero and a legend in the process. The business side of football coupled with a Darth Vader choke by Mamić caused Croatia to lose one of its legends.

For Croatia to become a world footballing power and for us to keep the spirit of 2018 alive, we must support Davor Šuker and give him credit for helping take Croatia all the way to the Final.

We must acknowledge that at only 50 years-old, he is the most experienced person in the history of our nation to lead the HNS and lead Croatia to perpetual greatness.

With Mamić being weakened by justice, there is now space for Šuker to take control.

Dinamo Zagreb’s youth academy is only second to Barcelona in Europe and the HNL has become more competitive in Europe over the past decade. Croatian football is on the brink of greatness.

But in order for Šuker to return to greatness, he must earn the trust of his fellow countrymen by  sharing our newfound value with ALL of Croatia. This means he must bring the national team to play qualifiers more often in Split, Rijeka and Osijek.

Too many Croatians feel divorced from the team, and resent the HNS for that reason. Croatia has only played qualifiers three times in 15 years in Split, Croatia’s second largest city.

While a new national stadium is sexy, and our players have certainly earned the right to play in a modern stadium, Croatians don’t want or need a new national stadium. Before any new stadium is considered, the HNS needs to ensure that existing stadiums in Zagreb, Split, Rijeka and Osijek are full when the team plays. There are no better, or more passionate football supporters in the world than Croatians. When we are on the same page, Croatians truly are the 12th man in the stadium for our beloved Vatreni. So Šuker needs to empower Croatia’s 12th man, because there were some great 12th men/women in the stands during the World Cup.

Spreading the wealth also means creating better parody in the HNL. It is unacceptable to run a league where a team like Dinamo Zagreb wins the title for a decade straight. It’s not fun. It’s not exciting. It’s not good for business. It’s not good for growth and morale. How do you expect the youth of Split or Osijek to connect with an organization that obviously is working against their best interests? This causes division between the capital and the rest of the country.

The youth of Croatia have been ignited by the 2018 World Cup. Croatian kids now believe they can not only play for Croatia at the World Cup one day, but win. Kids now know that it’s possible to be a war-torn refugee and win the Golden Ball – Best Player at the World Cup – just like Luka Modrić.

But Šuker needs to use the FIFA World Cup winnings correctly and allocate necessary funds to develop kids ALL over Croatia.

Šuker is the leader of the HNS and he should be able to proudly walk down the streets of Zagreb and Split because he did the right thing and shared the wealth. But he also needs to start cleaning up his own cabinet to gain the trust of the people. HNS Executive Director Damir Vrbanović was found guilty of embezzlement but still remains at his post and even attended Croatia World Cup matches in VIP fashion. This causes distrust.

Changes must be made and the time is now. We must ride the momentum of the World Cup for the future of Croatian football. Small ripples will become tidal waves of success for the future if done correctly. I challenge HNS President Davor Šuker to make these changes now and return to his rightful position of being the legend that we all fell in love with in 1998.

How much fun did we have this summer watching the Vatreni take over the World Cup?

2018 will live in Croatian hearts for eternity. Our children and grandchildren will hear the stories of where we watched and who we were with.

Do we have it in us to allow him to become great again?