Josip Brekalo got the start on Saturday for Wolfsburg and scored the game’s lone goal in the 69th minute as he slotted home a shot from the left side of the box. Brekalo has been getting more playing time with the injury bug hitting Wolfsburg and he’s making the absolute best of it. With the win, Wolfsburg solidify their top-4 position in Germany and a Champions League spot next season. With seven matches left in the season, they sit 11 points in front of Borussia Dortmund for a CL berth.

Borna Sosa wasn’t able to play for the Croatia U-21 side during last week’s international break due to a card suspension, however, he picked up where he left off on Sunday with another mighty cross from the left side. The 23 year-old Sosa has been a madman with his crosses this season for Stuttgart and aided another goal in the 81st minute Sunday. His in swinger was headed home by a Werder Bremen defender to earn Stuttgart all three points in the 1-0 win. Sosa was being looked at by Bayern in 2020. Could he make a big move this summer? Looks like it. 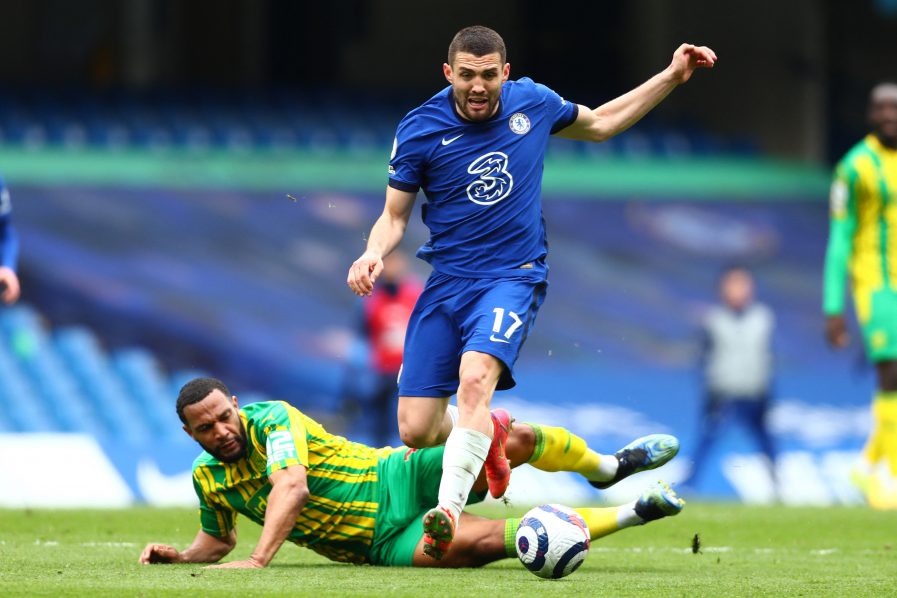 Mateo Kovačić had a solid game on Saturday but Chelsea definitely did not. Thiago Silva’s first half red card shifted the entire mood of the match as relegation candidates West Brom defeated Chelsea 5-2. Kovačić got a 8/10 rating as “he too was guilty of giving the ball away carelessly at times. However, those moments came late into the second half—the Croatian had run himself into the ground by then. He was exceptional despite the result and was easily Chelsea’s best performer. The central midfielder broke the West Brom lines almost single-handedly with his dribbling and was always looking to pick out his teammates in dangerous positions.” This week, Chelsea face Porto in the Champions League quarterfinals first leg.