It was a week to forget for some of Croatia’s most noticeable players.

Dejan Lovren looked slow and out of the game as he was (partially) at fault for two Tottenham goals on Sunday before Jurgen Klopp mercifully subbed him out of the match after just 31 minutes. Liverpool would go on to lose the match 4-1. It’s fair to say Lovren isn’t THE problem at Liverpool, but a lot of their derpy defense this season falls on his shoulders. In his defense, he has been playing through injury all year, and has been taking large doses of painkillers to get through matches. The loss leaves Liverpool last among the “Big Six”, but only three points back of fourth in the Premier League.


Lovren to blame at Liverpool?

After the match, Lovren deleted Liverpool from his Instagram bio.

Mario Mandžukić earned himself some much needed rest on Sunday (sarcasm), picking up back to back yellow cards in the 26th minute against Udinese. He was first given a yellow for a minor scuffle with Udinese defender Ali Adnan, which seemed harsh. After making his opinion on the call very clear to the referee, he was shown another yellow and sent to the stands. The match itself was action packed. Juventus led 2-1 before the sending off, conceded an equalizer early in the second half and then scored four unanswered goals down a man to win 6-2. Also of note, 22 year old Stipe Perica scored the first goal of the game and his first goal of the season for Udinese. Mandžukić will be suspended for Juventus’ next Serie A game on Wednesday. 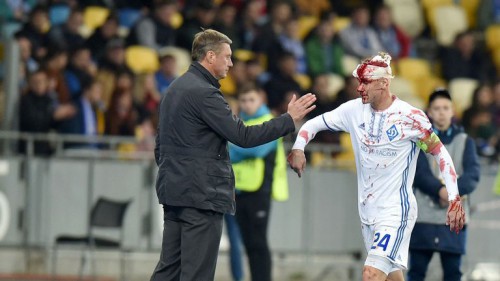 In Europa League play on Thursday, Domagoj Vida picked up a nasty head injury that left him on the pitch for an extended time with blood gushing out of his head. The good news is he was able to leave the field of his own accord and hopefully will be ready for Croatia’s World Cup playoff on November 9th.