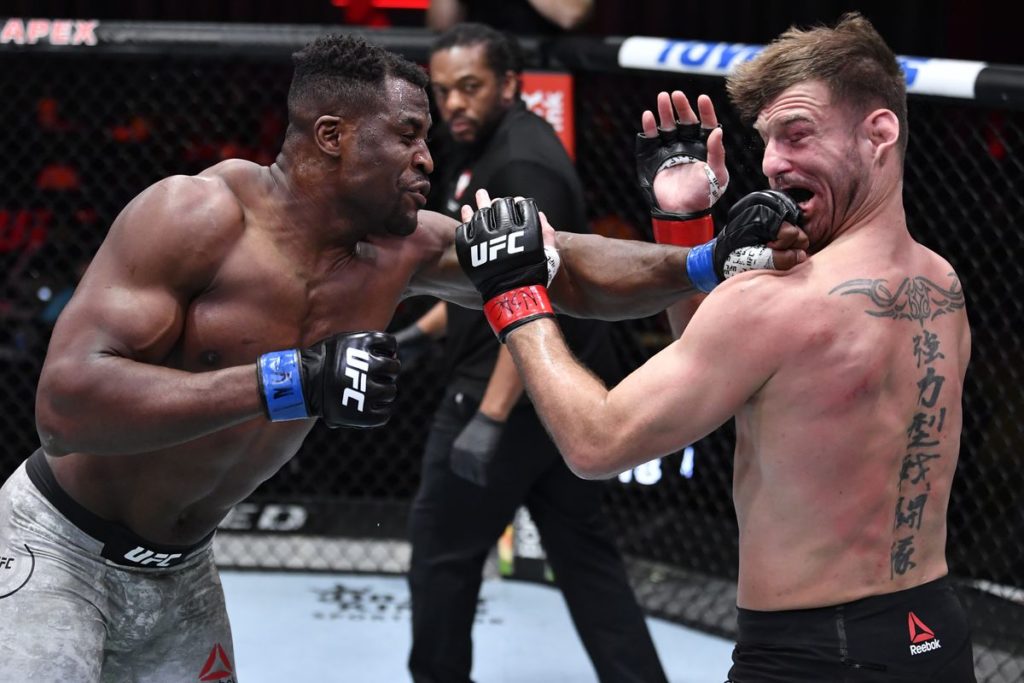 There’s no easy way of putting it. Miocic got rocked Saturday night. I’m gutted. It wasn’t fun to watch. I’m still processing what I just witnessed.

All signs point to Ngannou fighting Jon Jones this summer. But where does that leave Miocic?

Will there be a trilogy fight against Ngannou? Will he hang it up? There’s many questions that need to be answered in the upcoming weeks.

Stipe Miocic has done it all. He picked up the UFC Heavyweight belt in 2016 with a knockout over Fabricio Werdum and has held it every second since – except for a 13-month span when Daniel Cormier TKO’d him in 2018. But Miocic won the trilogy against Cormier; taking the next two fights, and will now have to defeat a familiar foe once again.

Miocic outlasted Ngannou back in January of 2018 to defend the heavyweight belt for a third time. Ngannou is a monster and can finish the fight with a single punch, but got gassed after the first round. Miocic worked him for the next four rounds as Ngannou got tired and eventually took home the belt.

Now three years later, everyone is a bit older and Stipe comes into this fight at the ripe age of 38. Ngannou was always supposed to create a legacy for himself in the heavyweight division but won’t be able to until Miocic leaves or he beats him. Maybe Miocic is Ngannou’s kryptonite. Ngannou has won every single fight by stoppage but his three losses have always gone the distance. The winner of this fight is supposed to dance with Jon Jones this summer. Seems totally fair to me.

Miocic has been an underdog in enough title fights already. I think he wins once again if he can survive the 1st Round against Ngannou.