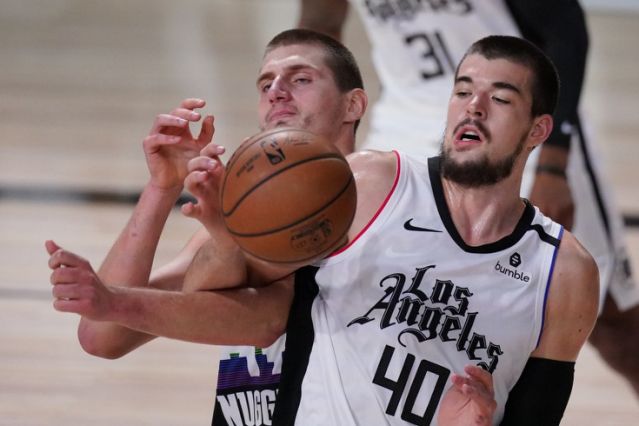 Zubac and Jokic battle for the ballAre the Clippers cursed?

The Los Angeles Clippers franchise has never played in a conference finals…ever. A few nights ago, Ivica Zubac and company were up 3-1 on the Denver Nuggets; knocking on the door of the Western Conference Finals. However, the Clips have unravelled in the 2nd half in back-to-back games to give Denver life as the two teams with play each other one last time this season in a ‘win or go home’ Game 7 from the Orlando bubble Tuesday night.

Zubac has been incredibly efficient in the Denver series. He’s the Clippers’ starting #5 and has gotten more time now later in the game than ever before. In the six games against Denver this series, Zubac is averaging 26 minutes, 7.5 points, 55% field goal %, and 8 rebounds. That’s pretty solid from a big guy who plays alongside Kawhi Leonard and Paula George. Most importantly, when Zubac is on the floor, the Clippers have been in the plus in five out of six games. (+18, -14, +10, +12, +5, +11)

He does his job and gives Nikola Jokic as much defensive trouble as he can. There’s no one on the Clippers that can stop Jokic otherwise, especially when he’s on fire from the perimeter.

The winner will face the Lakers in the Western Conference Finals next round. Will the Clippers finally make it to the final four?